You are here: Home>People>David Deacon

Information supplied by Irene Deacon and from her husband David's photo albums. 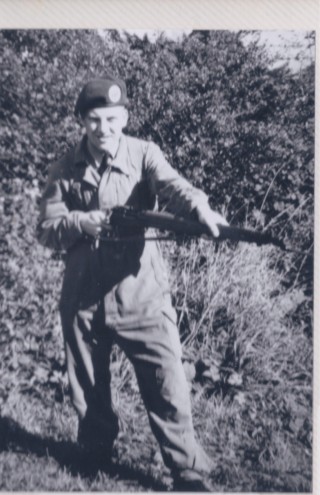 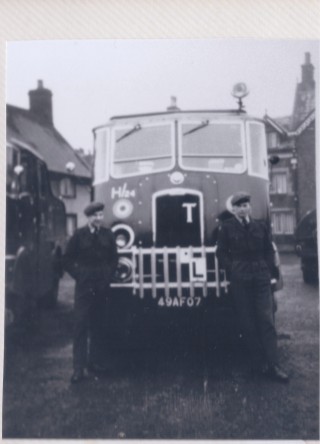 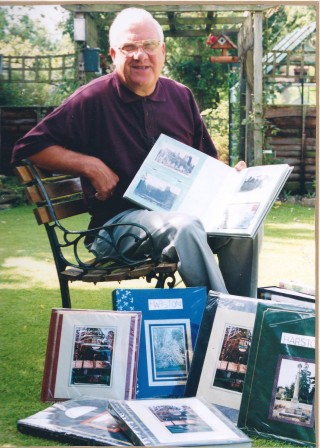 David in 1999 showing his history albums for Cambridge Evening news

David Deacon (1936-2013) came to Harston with his parents in 1937/8 due to his father Sidney’s work on the railway as a signal man. His father was a relief Station Master at times and loved to have the Station gardens looking nice.

David went to Harston school while Mr Royston was the Headmaster. The school house garden had a big walnut tree and the boys picked the walnuts and were given away by their stained hands – so had the ruler or cane.

Career as a mechanic

He left school at 14 and worked in Royston Engineering and took up an apprenticeship as a motor mechanic with Herbert Robinsons who were at the time agents for Humber, Hillman, Sunbeam, Talbot and Commer. Their garage was situated in Regents Street, Cambridge.

At the age of eighteen in 1954 he received his call up papers for compulsory conscription into the RAF. He got kitted out at RAF Cardington, Bedfordshire then got posted to RAF Bridgenorth for initial training as an aerodrome fireman which included square bashing which he enjoyed. His next training trip which included aircraft crash rescue was to Sutton-on-Hull. After the fire fighting course was completed he was sent to Weeton near Blackpool for a Fire Vehicle Driving Course. Once he gained his Leading Aircraftsman status he was sent to his permanent posting at RAF Filton, Bristol where he finished his two years conscription

Back in civvy street he found employment as a motor mechanic, working for Mr Ives at Harston garage which was later taken over by Mr Mills. After that he went into Cambridge to work as a mechanic for the Cambridge Evening News until retirement. He had a motorbike for getting into Cambridge, also a bicycle, but he gave up the motorbike and got a Ford car when he married, which he always looked after himself. (He eventually gave up the car because his diabetes made it difficult for his feet on the pedals.)

He got married in June 1961 to Irene and they then lived in a residential caravan in Button End for a few years. They had a daughter in 1963 and a son in 1967 prompting them to move to larger accommodation at 27 Royston Road where they stayed. The house had been built in 1930s and in 1967 the toilet was still outside – just a bucket (no mains sewer). They had a fridge and a Berco boiler for nappies and a spin dryer but no washing machine.

In the 1970s David joined the Duxford Aviation Society as a volunteer Airfield Fireman, giving 13 years service and gaining the Ten Years Service Medal for his efforts. Once he retired from the Aircrew at Duxford he spent more time on other hobbies such as birdwatching and collecting model fire engines and aircraft. By 2001 David owned two Greeves Classic motorcycles dated 1958 and 1964, one of which he built himself from a box of bits. He took these vehicles to rallies when possible to show them.

In 1996 David retired (age 60) due to ill health after completing 27 years of service at Cambridge Evening News as their Chief Mechanic. David was well known in the village for spending time keeping a historical record of it, noting changes to buildings, recording events and every now and again exhibiting his photo albums of these records in the village hall. Many of his photographs can be found on this website. He also kept the War Memorial and surrounding Green in good order.