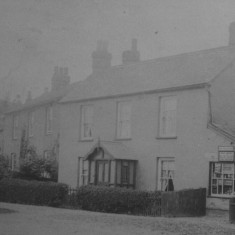 Date unknown. 5 Royston Road when it was the Post Office.
(Stocker) 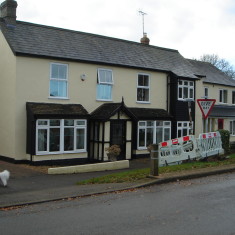 Originally detached, but extended  to abut No 7. Render. Now a private dwelling. It was the Post Office at one time, shown as such in 1901 O.S. map. Vera Norfolk who was David & Christopher Stocker’s aunt bought it and opened a haberdashery shop in 1950s named “Vera’s Boutique”.