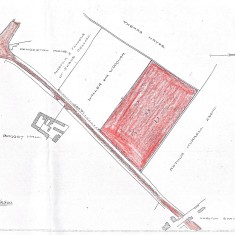 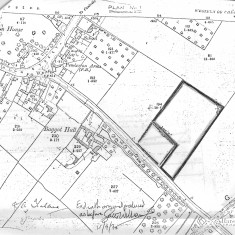 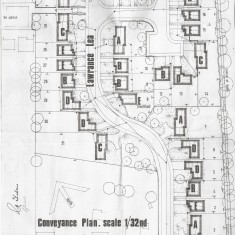 The land upon which Lawrance Lea now stands had been owned by the Hurrell family since the mid-19th century. In 1934 Arthur Hurrell sold the plot of just over 5 acres to George Howard Thompson for £535. Thompson built the bungalow which stands at the corner of Station Road & Lawrance Lea. In 1968 he sold the rest of the plot to David Traherne Development Ltd who built 31 houses in 1970-71 and 2 further houses in 1976

The road was named after Harry Lawrance who was the last village blacksmith who died in 1971. When the original road sign was produced it read incorrectly ‘Lawrence Lea’.