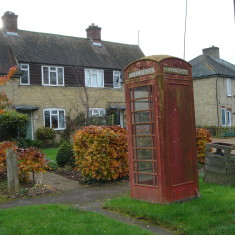 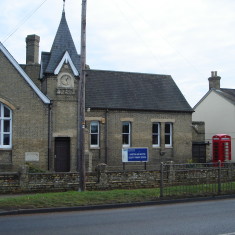 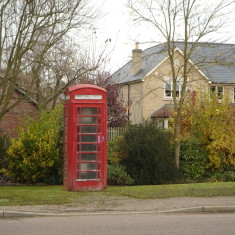 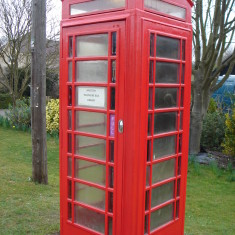 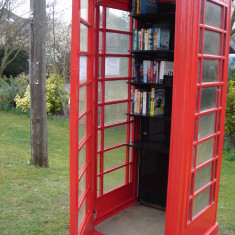 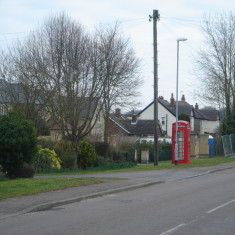 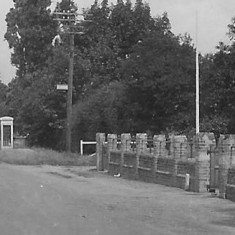 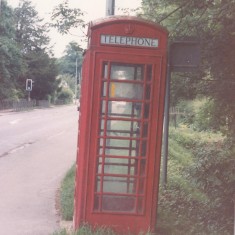 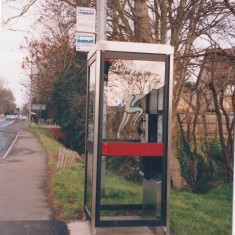 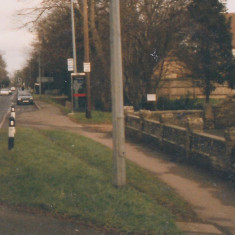 In 2015 there were only two telephone boxes left in the village; neither of them containing a telephone!

When these two boxes were decommissioned, the Parish Council took up an offer from BT to buy them at a cost of £1 each.

The Parish Council paid for Box #1 to be removed from Button End, completely refurbished, and then installed on the High Street frontage of the Primary School as an item of historic interest for the benefit of the school children. (See photo of Box #2).

The Parish Council also paid for the materials used by a local volunteer to repaint Box #3 and install shelving inside, so that it could be used as a local Telephone Box Library.