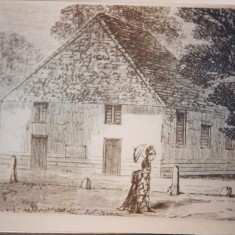 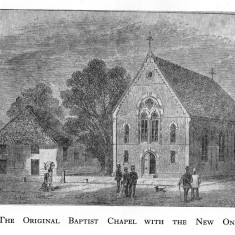 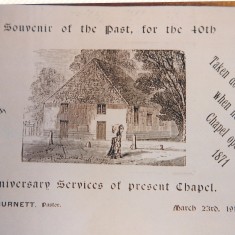 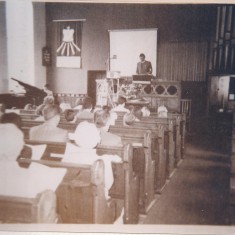 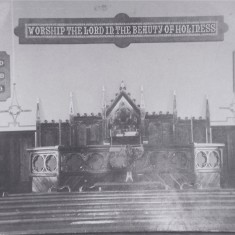 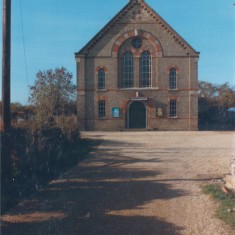 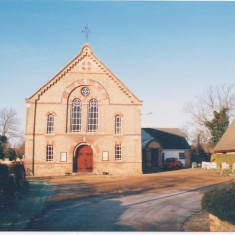 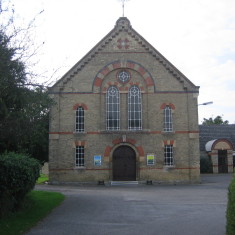 By the end of 18th century the need for a larger & more permanent meeting place became apparent. A piece of land about 44.5 poles in area was obtained, in trust, from Mr Swan Wallis for the sum of one pound to construct a building & graveyard. The new building was erected in 1799 where the old graveyard is now

An additional plot of land was acquired and the present building was erected in 1870 and a new schoolroom built in 1886. Electric lighting arrived in the early 1930s and during the war years the schoolroom initially became a  canteen for the troops and later was used by Pye Ltd.

A detailed account of the history of the church can be found in a booklet produced to celebrate its 200th anniversary ‘Two Hundred Years of Witness. A history of Harston Baptist Church’ by Arthur Wisby