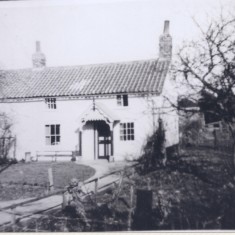 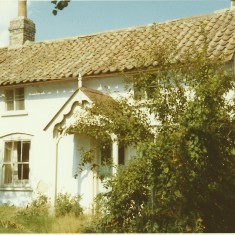 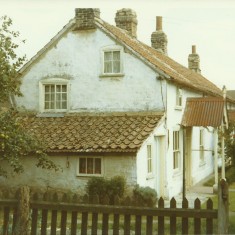 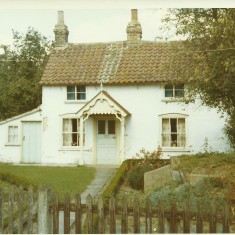 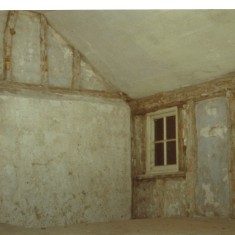 Pre 1971. Interior of the cottages prior to renovation.
(Bowden) 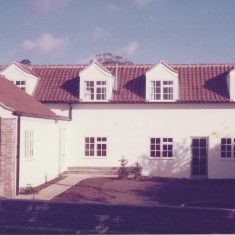 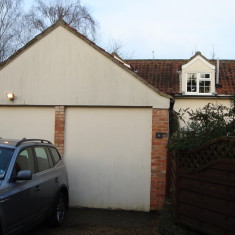 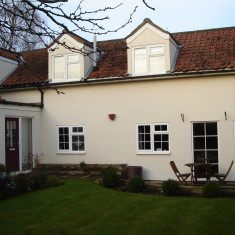 At the time of Andrew’s purchase, the whole terrace was condemned. Andrew obtained both Planning Permission and a £1,000 Grant to convert the terrace into one dwelling, No 6, but conditions attached to both required the terrace to be virtually demolished. The existing ground floors had to be broken out and replaced as lower suspended floors and the roof raised to give more headroom, requiring the external walls to be raised, i.e. demolished and re-built! Ultimately, the internal party walls between the original 4 cottages were basically all that were left of the original terrace.

Andrew also at the same time built an extension towards the Lane and perpendicular to the original terrace, centred on the position of the old doorway to No 8. This provided an integral garage, plus a new front door in the corner between the extension and the old No 6.