You are here: Home>Places>Footpaths>The Drift 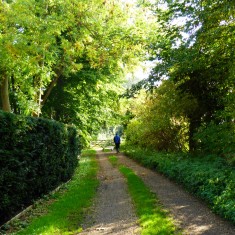 Entering The Drift track off the High St Oct 2015
(Roadley) 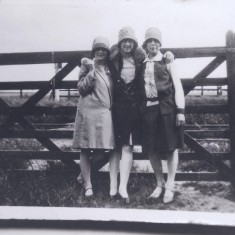 Original railway gates at end of the Drift
(Deacon) 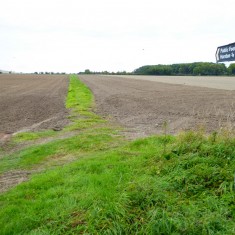 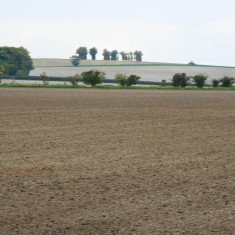 The Drift is an old wide track (no 4) bounded by trees. It existed at least by 1800 as it is clearly shown on the Inclosure map following the line of an old drain that flowed roughly east to west before turning south alongside the High St. The track goes south-east towards the railway line then becomes a path that turns at right angles to go north-east to meet the  junction of London Road with Shelford Road.

Looking backsoth-westwards a good view can be had of Rowley’s Hill, with its distinctive small group of trees,  over the arable field that was known as the Green field in the middle ages. Rowley’s Hill was named after the Rowley’s who took over the Manor in the late C19th.

During the war many vehicles and men were stationed along the Drift- the trees helping to protect them from being viewed from above by enemy planes.