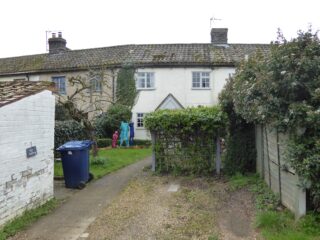 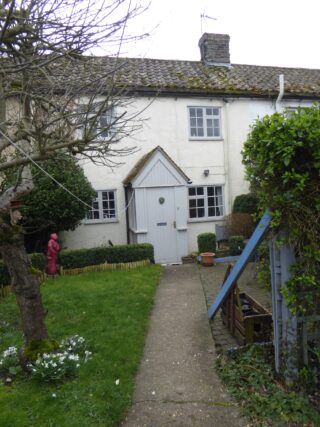 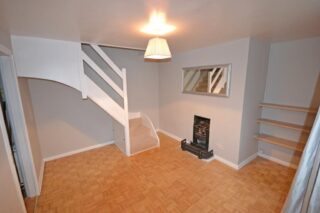 No 5 with modernised spiral staircase, retaining fireplace
on the market.com 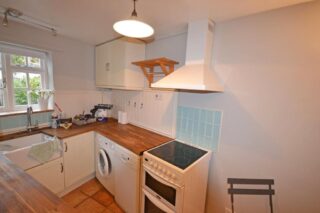 No 5's modern kitchen
on the market.com 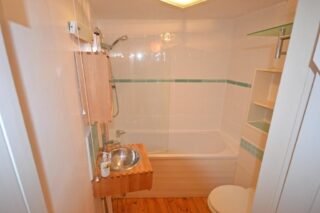 No 5's upstairs bathroom
on the market.com 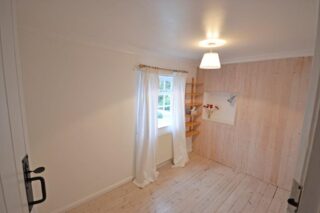 No 5's larger bedroom
on the market.com 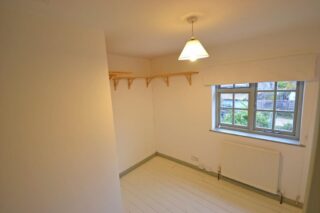 No 5's smaller bedroom
on the market.com

No 5 we think is of a later build then No 4, likely added on in 1860s to the original terrace shown in 1799 Inclosure map. As Hurrell’s Row bends between nos 4 & 5 it means that the rooms are not square.

In 1910 Christopher Northrop was the occupier noted in the Land Valuation Survey. In the 1911 census shows that Christopher Northrop, a railway porter with the Great Eastern Railway, lived there with his wife Harriet and children Harold, Adelaide, Cyril and Violet.

By 1948 James & Gladys Cooper lived there when their daughter Jeanette Elizabeth was born on 24 Jul 1948.

We don’t know who occupied it until 1970 Jul 31 when Alfred Robert Wythe bought it. In 1979 No 5 got planning approval for a garage.

Harold Northrop (1903-1998) lived at No 5 Hurrell’s Row as a young lad and was the oldest of 8 children, 3 boys and 5 girls. In 1994, at his daughter’s insistence, wrote some memories for his grandchildren. About Hurrell’s Row he wrote:

‘Living conditions were very poor. We lived in a house, two bedrooms & a living room, one of 12 such houses. Several of the occupants also had large families like ours. Our parents slept in one room & the other was separated by a curtain which separated the 3  boys from the 5 girls.

Toilet facilities were non-existent, only the jerry pot under the bed, and the outside lav was a pail under a wooden seat. This was emptied in a pit dug in the garden where all household rubbish was also thrown. This was cleared out several times a year and taken to the allotment in a hand cart.

Flies were always in abundance and sticky fly papers decorated the house. On very cold winter nights the beds were warmer by hot bricks, the bricks being put in the oven for heating.

All cooking had to be done on an open coal fireplace mostly in a boiler. Our water was obtained from natural springs which ran freely day and night in fountains throughout the village. This we had to fetch in pails for all our requirements.

People used to pass away mostly in their own homes and the bodies were kept there until burial. In our particular row of houses, if the coffin with the body was in one of the bedrooms it could not be brought down the stairs so a bedroom window had to be taken out and the coffin slid down a plank to the ground.’

Photos shown by ‘on the market.com’  Dec 2018 show it has been modernised throughout.

The photo showing the fire shows one of the curious design features of the row. Adjoining cottages share one chimney with the recessed alcove on one side only as the other adjoining cottage has the alcove the other side of the fireplace.

As the cottage has been modernised with an upstairs bathroom this has reduced the size of the second bedroom. In the past large families would have been fitted into the two bedrooms.