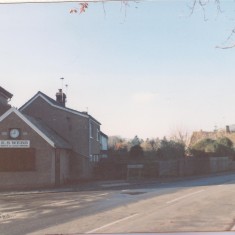 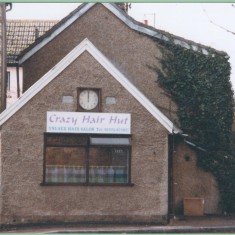 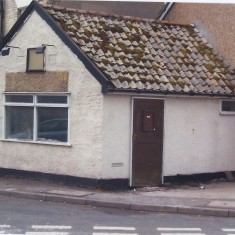 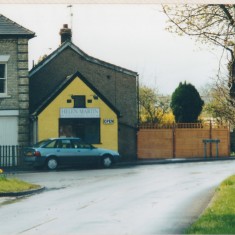 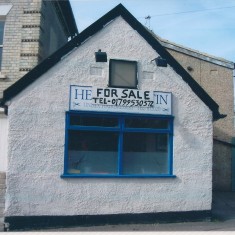 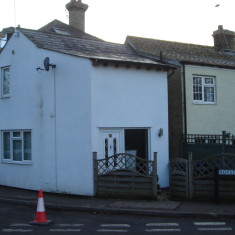 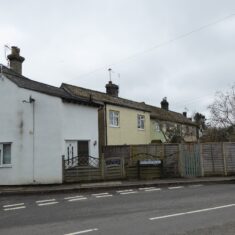 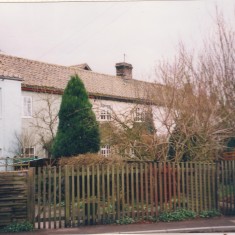 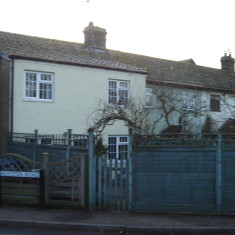 Originally No 1 was a 2 storey cottage with an adjacent single storey washhouse. The latter was for all occupants of Hurrell’s Row and the coprolite diggers of the Button End diggings.

Although the cottage was previously rented out for many years, in 1958 Aug 7th No 1 was bought by Bronislaw Konsiewicz (Polish?). He was known as Bruno and in 1960 got planning permission to use an existing store room as a TV and radio repair workshop – No 1 still being the 2 storey house. Nigel Schoepp remembers buying their first TV from there.

For the next few years it was a hairdressers – first The Crazy Hair cut, then in 2001 it became  Helen Martin Unisex Hairdressers.

After a period when it was unoccupied, planning permission was granted to construct a first floor and convert the building into a one-bedroom dwelling in 2007. the open pavement area in front of the shop was enclosed to create a very small garden. This dwelling now has the Address of No 1 Hurrell’s Row.

The 1971 OS map still shows No 1 as the 2 storey house, owned by Mr Webb of Haslingfield, who got planning permission to enlarge the kitchen, lounge & bedrooms. Presumably that is why this cottage has a different angle to the roof where the front was extended out towards Church St. Eventually no 1 was renumbered as 1A Hurrell’s Row, possibly when the shop became a residence, but we do not know when.

The 1910 land valuation map named the occupant as Walter Northrop with the owner as Arthur Hurrell. The 1911 census listed Mrs Northrop as the head of household and two other males and three females as the other occupants.

Kath said Annie (B:1884 Shepreth D:Jan 1961 Union Lane Cambridge) had several children when she lived in Hurrells Row at the end. It had an upstairs but the washing was done downstairs where the Clock Shop later was. Outside each house were built outhouses to house a toilet and a coal store. There were very tiny backgardens with a wall boundary.

We do not know who the occupants were after this.