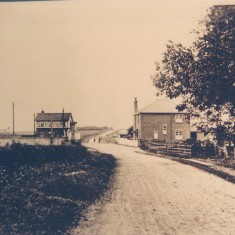 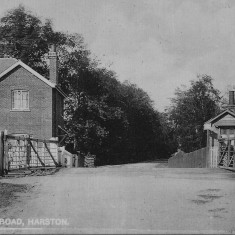 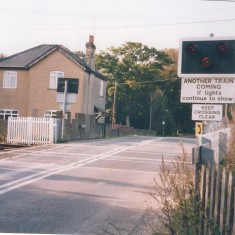 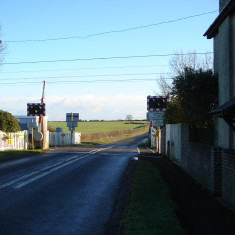 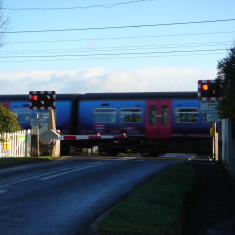 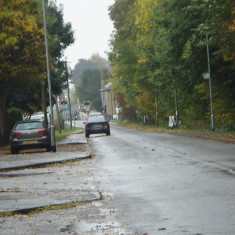 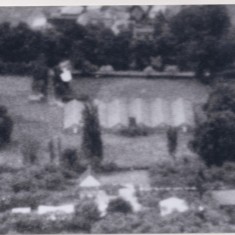 Station Road runs eastwards from the War Memorial Green towards Newton, but pedantically it does not start until after the Pemberton Arms, and stops after the railway level crossing at which point it becomes Newton Road.

The station that gave the road its name was in operation from the 1850s until 1963, but it couldn’t have had that name before there was a station! The only building on the road prior to the station was Baggott Hall Farm, so the road was called Baggott Road. Even this was not its original name – a map of 1790s calls it Ridgeway.

Previously, the sequence along the northern side was:-

Pemberton Arms // Allotments (where the school and playing fields are in 2015) // Woodham & Waller’s commercial greenhouses (six 150 ft. greenhouses growing mushrooms, cucumbers and tomatoes) // George Thompson’s poultry farm (a relative of the Thompson of Thompson’s Coaches  // “Byeways” private dwelling // pasture // railway line. By the 1970s housing had been built all along and behind the road from the school playing field to Byeways.

Along the south side of the road the only changes in the last 90 years have been the development in the old station yard, the construction of “Tiptofts”and the 1960s housing opposite the Pemberton Arms after the demolition of Trigg Farm.