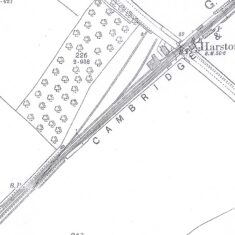 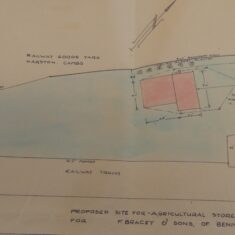 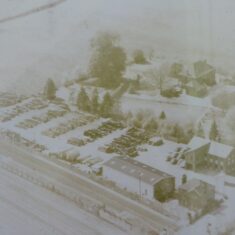 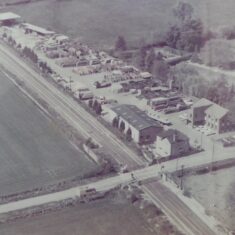 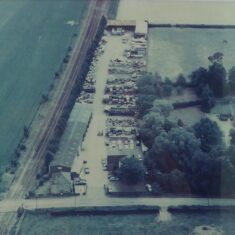 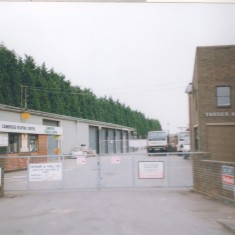 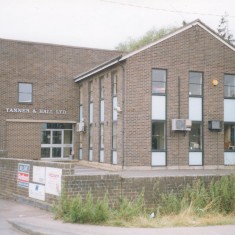 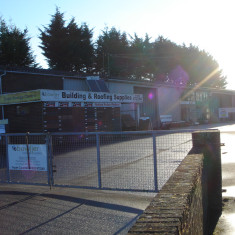 The whole site is built on what were the sidings to the railway station, all of which were behind and to the right of the Station House. The long shed on the left was built incorporating the old platforms to the sidings.

Originally plan proposals to develop the site were submitted, then approved in April 1965 for F Bracey & Sons of Benington, Stevenage, for the erection of an agricultural machinery warehouse and offices. However, the 1968 plans submitted for Tanner & Hall show an office building in a different location nearer the front so we assume the earlier proposed building did not happen.

Tanner and Hall moved there in 1968 from the Old Cattle Market in Cambridge. Richard & Roger Hall of Tanner & Hall still own the site in 2020.

In Dec 2019 Tanner & Hall submitted plans for a residential development on the site with a small office block.