You are here: Home>Topics>Industries>Coprolite digging 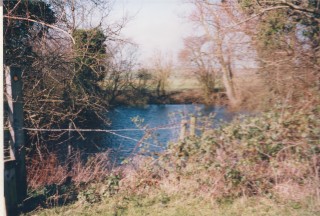 The word coprolite comes from the Greek ‘kopros’ meaning dung and ‘lithos’ meaning stone. Fossilised animal droppings were discovered in 1840s in the belt of Cambridge Greensand which stretches from Burwell in the northwest to Royston & beyond. Once the value of the phosphate of these droppings for fertilisers was realised the ‘Cambridgeshire Coprolite Mining Rush’ started.

It was also bad news for society if Samuel Hopkins, the Deacon of Bassingbourn church is to be believed. He wrote

‘Coprolite diggers are the refuse of society and with few exceptions are extravagant, intemperate, licentious,  depraved and atheistic. Whenever they lodged they caused a spiritual blight’.

The earliest record of coprolite diggings in Harston was in 1860 on land  off Church Street. An agreement was signed on 20 October 1860 between Mr de Freville and John Watson, the guardian of Lydia Watson who owned the land. De Freville paid £150 to rent 2 acres to extract the coprolites. One of the first people recorded as exploiting the Harston coprolites was Charles Gilbey of 11 Church Street.

The major coprolite diggings were near the Haslingfield parish boundary, at Button End, at Rectory Farm, behind Harston mill towards Charity Farm and on Rowley’s Hill.

The extraction method was fairly crude and consisted of digging a trench along a field until the seam of fossils was located. Pick axes and shovels were used to extract the fossils that were wheelbarrowed to the mill to be washed and sorted. The trench was then backfilled. It was a dangerous business – the undercutting caused trenches to collapse, trenches often flooded and lives were lost. In 1877 a boy called Parker was drowned in an unfilled trench near the footpath to Barrington & a few years later a man suffered a similar fate

A report in the Cambridge Chronicle on 13 May 1871 reveals how dangerous working conditions & alcohol were common at the diggings:

‘HARSTON..Fatal accident – On Monday last, F Barlow, Esq. , coroner, held an inquest at the Railway Tavern, concerning the death of John Dockrey, 18 years of age. Deceased was engaged at Mr. Coxall’s fossil pits and on Wednesday morning the 3rd. inst  he was barrowing soil along a plank which was placed across a pit 16 or 17 feet deep. He slipped over this plank. and fell head foremost on to another at the bottom of the pit. The barrow fell with deceased. but not upon him. He was quickly removed home and attended thrice a day by Mr. J. S.Smith, surgeon, but he died on Saturday. The cause of death was rupture of a blood vessel of the brain from the fall causing compression of the brain. There was no fracture of the head or any bone. The jury returned a verdict of Accidental Death. A correspondent writes:- ”It is a matter of surprise that more accidents of this character do not occur for some of the cuttings the men pass over by means of a narrow plank are frightful to behold. and in wet weather. or when the men have been drinking (which unfortunately is very frequent), some of their performances on the planks are a sight not soon forgotten; but nearly every week accidents happen and bones are broken, which few of the public are aware of. Most likely had there been two broad planks instead of one narrow one, this accident would not have taken place.’

There are no coprolite workers mentioned in any Harston census before 1881. It may be that the term ‘labourer’ was used & also many under-age children were employed who would not appear as such in the census. King Tuck is in the 1871 census as a coprolite merchant and the 1881 census has 24 Harston men as coprolite workers, another as a coprolite engine driver and one as a time-keeper in the fossil works. By 1891 the number had dwindled to nine and by 1901 to only one.

Generally the coprolite was carted to the main road & thence to the station. There was even a tramway constructed near Rectory Farm ‘so as not to injure the private road.’