Summarised by Hilary Roadley from a variety of sources 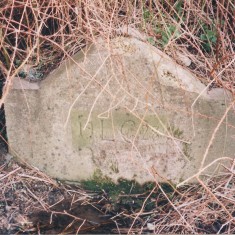 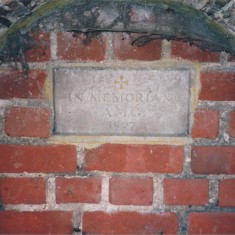 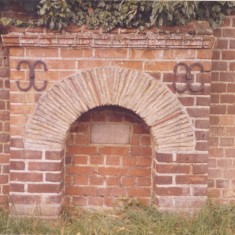 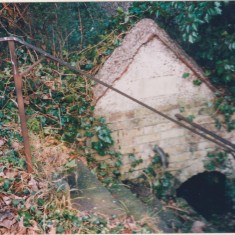 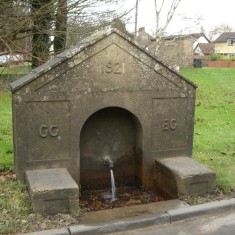 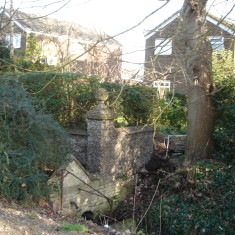 The 1934 Regional Planning report for Cambridgeshire stated that for Harston, in Chesterton Rural District Council, water was derived from Lower Chalk and Lower Greensand. The Lower Chalk provided a valuable supply where it was not contaminated by surface pollution. The Lower Greensand was water-bearing stratum of great importance, being protected by overlying impermeable Gault clay and yielded an excellent supply from borings. Unfortunately local residents have said that the gravel pits dug near the River Rhee were used to dump rubbish which eventually polluted the water supplies.

Public piped supplies were limited in Harston which relied on deep wells and pumps, providing a plentiful supply, but the distance of pumps from houses was a drawback.

Bill Hays recalled that before  mains water arrived in Harston around 1938, people relied on the artesian wells, and several stand pipes around the village, from which they carried water home. Bill’s father had a 220 foot deep well dug in the front garden of Baggot Hall Farm which overflowed into a fountain, and water was pumped from there to the cattleyard. Before refrigeration, Bill recalls putting milk and butter into the fountain to keep it cool.

Miss Ashby of Church St Harston talking to Nora Sellen in the 1960s/70s? said in the days before the village was supplied with water by the Water Company, Harston was well known for its very good supply of spring water. Beautiful soft water was flowing from these springs continually, day and night, winter and summer.

There were pumps and wells, public and otherwise in the village but the water from these was very hard. Hence some parishioners had to walk quite a distance to get soft water. There were in the village 10 fountains as follows:

Later Dr Young in the High St had a fountain bored and generously had it piped to the wall of his garden by the ditch so giving a supply of soft water to that immediate neighbourhood.

Still later Sir Graham Greene had a fountain in the garden of ‘Camping Close House’ and he also piped soft water to the Green. About that time a pipe was laid from the Vicarage garden to Haslingfield corner, thus giving a supply to that neighbourhood.

Kath Rayner remembers the pump at the High St end of Manor Close in the 1930s. the water would overflow into the ditches that ran along the High St (most now piped in and covered over). At one time railings were put up to stop people falling into the ditches of water. she also remembers having to get water from the pump on the Memorial Green by the Pemberton Arms to use in school ‘washing clothes’ lessons!

Many other wells and pumps were shown on the 1885 O.S. map for Harston.

Several springs/fountains had been dry for years but they  started again when Barrington cement closed and stopped taking water.