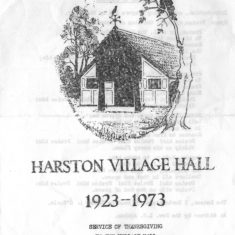 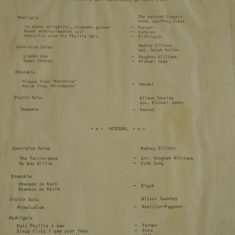 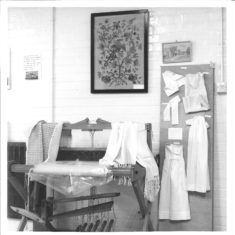 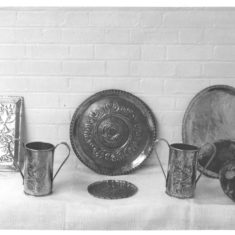 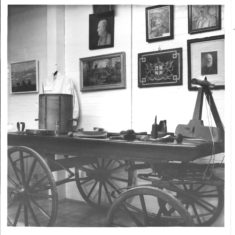 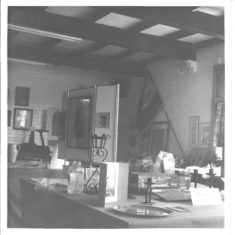 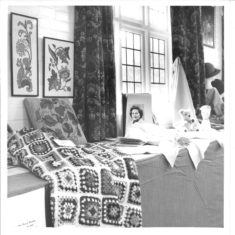 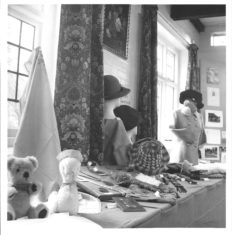 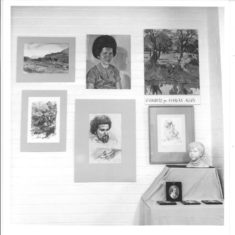 The hall was built in Nov 1953. The Nov 1973 celebrations started on Sunday with an interdenominational Golden Jubilee Service held in the hall which was filled to capacity with people of all ages. The colours of Harston Scouts, Guides, Cubs and Brownies were paraded.

Rev. M T Allen and Fr O’Toole conducted the introduction and prayers and the lesson was led by a Baptist layman, Mr J Wick. Rev Leonard Askham, a past Vicar of Harston and a life trustee of the hall spoke of his memories of the village. At the close of service, the Exhibition of Arts and Crafts was opened as shown in the photos. When Col. and Mrs G T Hurrell arrived the fifty candles on the Jubilee cake, made by Mrs D Whitmore and iced by Mrs J Rowell were lit.

After being welcomed to the platform by Mr Charles Edwards, chairman of the Village Hall Committee, Col. Hurrell recalled events and people connected with the early days of the hall. He acknowledged the gift of a clock for the main hall from Mr & Mrs Cairns and one of £100 from Mr E H Barker. He paid tribute to Mrs Whitmore and helpers who had transformed the hall from a dismal state to one of the best in the country. He invited Mrs Whitmore to cut the cake and tea was served.

On Monday afternoon some of the older Harstonians were entertained in the Hall by some younger ones with sketches, songs and dancing. Among the audience were the two oldest residents of the village – Mrs F Ashby and Mr J Hall. In the evening there was Gala Bingo in the main hall, with cash prizes, with refreshments.

On Tuesday many residents enjoyed the cheese and wine party held in the Hall, with celebrations continuing through the week. The highlight was a broadcast of BBC’s ‘Any Questions’ from the Hall on the actual anniversary of the hall opening.