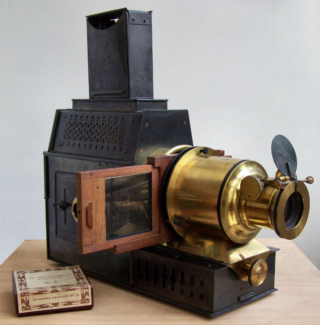 Generally, Minutes and letters of business were read out first, often followed by a talk- some using lantern slides.
There were lots of charades, plays, songs & music played for the entertainment (social half hour) part of the evenings usually arranged by different pairs/groups of members and sometimes put on by Womens Institutes  from neighbouring villages. The social half hour often included one or two competitions which reflected rural life then – sewing and rug-making, flower arranging and vegetable growing- as well as word games.
Community songs were often sung at the beginning of meetings with the National Anthem sung at the close of meetings sometimes after dancing.
They stood and had a brief silence for members who had lost a family member.
Summer meeting were often held in gardens of Miss Greene, Mrs Rowley, Mrs Smith, Mrs Hurrell, Mrs Young or Mrs Lennard.

May 5 meeting held in council schoolroom
Talk by Dr Young on infectious diseases of children
Competition for girl’s frock not to cost more than 3/6.Pleasing songs by Miss S Jude followed by Charades arranged by Miss Bliss.

July 7 meeting held in council schoolroom 7pm not in Mrs young’s garden due to poor weather.
Dr Robinson gave talk ‘Flies & how to get rid of them’. Wildflower competition.
Some schoolchildren gave illustrated songs ‘A Hunting we will go’ and ‘Caller Herrin’ very prettily rendered.

Sep 1 in Mrs Rowley’s garden at 3pm. Talk by Miss W? Raye/Rage? on thrift. 40 put names down for dressmaking class so divided into 2 groups Oct 3 at 3-5pm and 6.15-8.15pm. to be held in the Weaving Room kindly lent by Miss Greene. Only 11 in afternoon & 9 in evening turned up- expect more in future.

Oct 6 in Mrs Hurrell’s garden although she was absent.
Knitting competition – only 2 entered. Display by Girl Guides under direction of Miss Hurrell. Games afterwards.

April 6 Mr Royston gave talk on The Education Act of 1918 & how will affect County districts. Committee formed for Members Night.

Dec 7 agreed not to pay Tax- but no entertainment to be shown on programme.

Feb 7 hoped Carnegie library would be available soon in Village

Aug 1 talk by Mrs Lennard on visit to Monte Carlo.

Dec 5 thanks to Mr Royston for use of school in last 12 months & to Mrs Farrington & helpers for getting teas organised.

Feb interesting talk on Belgium by Mr Minns from Brighton illustrated by lantern slides.(Lantern borrowed from Harold Hurrell of Newton.)

March 5 Mrs G S Wilkinson exhibited interesting display of home-made toys showing how can be made from waste material.

Sep talk on women of China by Mrs Whitley.

Mrs Young president for 5 yrs and voted in to remain.

Jul 1, 1925 Miss Hurrell arranged half hour given by girl guides called ‘How English Heritage might have been altered if they had always had guides.’ Included 5 small sketches – much enjoyed.

March 3 – rugs made over winter on display. 3 to Handicraft exhibition in Cambridge.

Aug 4 Course of Rural talks to start in Harston in Autumn interesting especially for those in Agriculture – provided under auspices of Cambs Rural Community Council.

Sep 1 talk ‘How & why we trade with foreign countries’ by Mr Milner.

Oct 6 Mr Lennard’s talk on a Visit to Venice.

Nov 3 Miss Nicholls of Fulbourn gave interesting talk on her travels in Russia & about beautiful work done by Russian women.

Jul 6 Final arrangements made for outing to Felixstowe on 14 July. Interesting talk on ‘Canadian Village Life’ by Miss Elsdon of Stapleford.

Aug 3 Demo in home made manufacture of Stove Polish and Embocation given by Mrs Badcock.

March 7 Collection of eggs made for Addenbrookes – 400 sent to the hospital.

Sep 5: 16 names of members wishing to joining the Dramatic & Singing Classes, 10 for joining the National Savings. Talk by Miss Clay of Meldreth on ‘Plays & why they are played’. Haslingfield WI asked Harston WI if they would join them for their next social in Sep.

Oct 3. Miss Greene in chair read out resignation of Mrs Young as President. Recitation by Mrs Whitchurch ‘Grannie goes to the Pictures’.

Nov 7 Dr Young gave talk on ‘care of the eyes’. Mrs Young who had to resign through ill-health presented with Silver Lauree? Boat & many roses & chrysanthemums from members’ gardens.

May 1 talk by Sir David Barker RD. R.N.R on ‘The Carrier of our food, the Merchant Service’. Members of Hauxton WI gave a sketch ‘Patricia & Pranks’.

June 5 meeting held in Studio of Harston House – not garden as wet.

Sep 4. Rubbish collection to be on Sep 30.
Letter from Addenbrookes thanks for potatoes & vegetables. Talk by Mrs Marriott of the Selborne? Society on Sugar & sugar growing. Social half hour provided by Trumpington WI- plays/sketches.

Nov 6. Members night- Mrs Cator occupied the chair. To have exhibition of antiques in New Year meeting. Talk & demo on ‘Care of the hair’ by Madame Perigord?