Monthly WI meetings minutes were held in village Hall mostly at 6.30pm apart from in summer when they were often held in a large garden, weather permitting.

Jan – application for Singing Class could not be vauted – from Miss Warrington – application made in Sep for another year.
Sugar Club suggested but no-one wanted one.

Feb –  letter re training for Nurses in connection with County Nursing Association.
Drama competition at the Festival Theatre.
1st Collection for Addenbrookes was £32.
Public meeting I connection with League of Nations.
WI to support Bill for Humane Slaughter of Animals shortly to come before Parliament.
Mrs Evans from Savag? Hill gave talk on ‘Behind the Scenes in Broadcasting – from pioneer days to present time- illustrated with lantern slides.

May- after flower competition the flowers were sent to Addenbrookes.

July- Rural Community Council offered visit by the Road Players if £5 in ticket money collected- decided to delay for while as already got many fixtures. Jumble sale in aid of nursing association. Discussed taking part in in Agricultural & Horticultural shows in 1931. Wedding cake of new bride Mrs Webb given out.
Talk on ‘keeping & culling of fowls’ by Mr Robinson. (County Poultry Instructor).

April – Discussion ‘are we better off now or before the war. 10 voted pre war, 9 post war.
220 eggs to Addenbrookes. Talk on Bury St Edmunds- next annual outing to go there.. Last month on Cambridge life, etc.

March open talk by Dr Canvey? On ‘Cancer and the importance of early treatment’.

May 192 eggs to Addenbrookes. Mrs Bennett spoke a few words on the Marketing Scheme, then gave talk on ‘The English House’. Social half provided by members of the Girls Club. 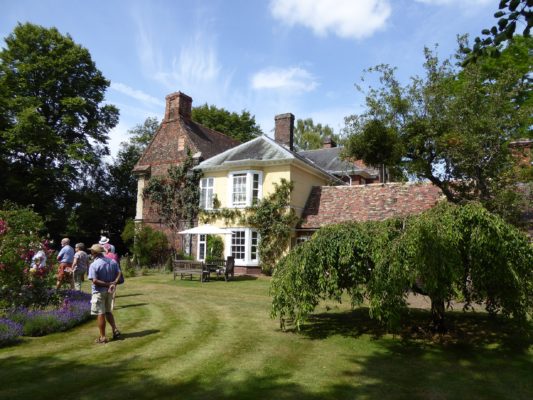 Aug talk by Mr Paskett? On ‘Cuttings & how to take them’. Paper hat competition.

Sep talk by Dr Young on ‘The common cold & its prevention & treatment’. Miss Greene resigned from collecting National Savings as they could now be paid in at the Post Office. Competition – guessing, and best description of, ‘Illustrated titles of books’ – many entries.

June – agreed outing to Whipsnade on July 11 but not enough responded so dropped. Inspector Taggart gave talk on ‘our Women Police’.

Dec – Annual meeting held Helen Greene re-elected as President. Of 46 nominated only 19 elected to stand so no need for elections as all declared elected. 3 new members

Feb Members night- Mrs H Lawrance took chair. Community singing- Dialogue entitles ‘the book and the Poet’ and play entitled ‘Out of the frying pan into the fire’ by different members. Lecture & lantern slides by Dr Young on caves in France & Spain. Competitions –Articles from Woolworths & two buttons sewn on pice of material in 5 minutes. National Anthem at end.

March –Community singing practice- a start for competition in May next. Bits-Wits competition. Girls Club to be re-started as a Junior Branch of WI and all present invited to opening evening Mar 13 7-9. For social half hour – entertainment by Concert party from Cambridge.

June- thanks from Chesterton Union to members who had provided enjoyable entertainment for inmates of that Institution. Lecture by Dr Young on bites & Stings. Comnpetition – sharpening pencils. Small stall for sale of cakes, sweets, etc.

Jul- held in garden of Harston House. Miss Greene proposed as Naval Week that trip to London should be to Chatham instead. Also afternoon excursion to Thaxted. Letter from Guild of fruit preservers concerning vegetable & fruit preserving. Orders for bulbs and fruit trees to be given in now. Tea on lawn. Talk- Colours & why they clash. Competition – best bouquet of sweet smelling flowers. Social half hour- charades. Profit of £/- result of rubbish collection.

Aug- held in Mrs Hurrell’s garden. Apply for a Singing Class & apply for 3 lectures on horticulture by the Federation. Tea under trees. Talk on history of our churches. By Mr Baker.

Sep – agreed to continue with Community singing next year. Put in bulbs now if wished to enter competition next year for best bowl of bulbs. Miss Mary Greene – lecture on Tower of London + picture painted by her + plan+ poem composed by her. Demonstration of scarf making by Miss Ayres. Pressed flowers competition. Girls club entertained with Swedish dances in Swedish costumes.

Oct- film on Social Hygiene to be given in VH. Talk on America. Competition – best homemade loaf of bread.

Dec –Annual meeting. Miss Greene unable to stand as President. Thanks to Mr & Mrs Swann for all help they gave thro year. Some member offered to help with the Personal Service League. Miss Clarke voted as President but declined. Mrs Thoday became President.

Feb – Gift of leather blotter to Helen Greene for her services as President from 1928-1934. Talk by Mrs Stearn of Haslingfield on Sudan & showed several leather articles made by natives.

April- singing of competition song- ‘the Ploughboy’. Thanks from Personal Service League for parcel of clothing made & forwarded. Lecture by Dr Palmer on Cambridgeshire Villages.

June- display given by infants of Council schools.

July = met in Miss Greene’s garden. Lecture on Japan by Miss Hughes of her 9 years living there. Pastoral play- the Lace maker- written by Miss Greene was performed by members & some children.

May – talk by Dr Robinson of Cambridge on food Value of milk- and care taken in preservation Of cleanliness & hygiene in production & distribution. Competition – best worked buttonhole.

July – held at Harston House. About 60 gathered in Studio after tea to hear folk songs in English, French, German by Miss Helen Heuschell- presented with bouquet by little Betty Bass. Demonstration of Rhythmatic exercises by 9 Students under direction of Miss Florence Luvin from the Mackenzie School.

Jan Rubbish collection Jan 8th, singing classes to start, Personal Service League meeting on 12. Amount of Collection for King George Memorial Fund was £5.9.2 and amount realised at the Social was £24.9.3 for the Nursing Association. Lecture on birds and their songs given by Mr Kendon illustrated by lantern slides & gramophone. Competition – best dish made with apples. Social half hour – conjuring tricks by Mr Pratt.

May Notices: monthly Group meeting at Newton, Council meeting at Cambridge, exhibitors of pictures reminded to send in. Letter read re the Boarding Out of some London children- requested names of anyone offering for this. Community Songs-including ‘the Song of the Music Makers’. Talk by Miss Clay on ‘How the King is crowned’. Questionnaire comp. Treasure hunt- treasure was new George VI penny for every member.

June-Fruit Preservation classes to start. 7 or 8 Community songs practised – lead by Mrs Dareus. Talk & photographs by Mrs Humphrey on Labrador – on her life while living there. Comp- best arrangements of button hole of flowers in 10 minutes. Comp- 26 bags to guess.

Sep – notices re classes for Keep-fit, Singing & Percussion Band- latter hoped to arrange. Applications for fruit trees to be sent in & Seed Potatoes grown by members to be brought to hall for exhibition Oct 10th. Lecture by Mr W P Baker on Oliver Cromwell. Comp- guessing members from early photos.

Nov – 2 resolutions read out to be sent to next council meeting were ‘Destruction of Rats and Wayside advertisements’. Both accepted. Letter sent to Capt Briscoe asking for his support of the cheap Milk Bill. Vote taken on suggestion that the August meeting be dropped- carried unanimously. Dr Young gave talk on ‘Air raids & what they mean’. Comp- for greatest number of words ending in ‘tion’. Asocial half houre arranged by Mrs Whitchurch & Mrs Barker included progression whist & competitions. Meeting preceded by jumble sale at 5.30.

May – trip to Bournville organised. Talk by Mrs Harvey on ‘American next day cookery’.

June – W.I. to ask how they could help the rally to be held in Trumpington. Talk by P. Barker ‘Richard Jefferies’.

July– Talk by Mr Royston on ‘things ? like Women’s Institute to do’. Suggestions made 1) help young people in their leisure, 2) reform juvenile courts, 3) children should be sent to bed earlier.

December – invitation received from ‘the Personal Service League’ (set up to provide a useful and sympathetic service of support that gave help and encouragement to the unemployed). Talk by Dr Young ‘Napoleon’. Play by school children produced by Mrs Pluck, then games.

February – Volunteers asked to help with billeting children if there was a war. Wanted gifts for the Spanish food ship (ship made in Spain for Britain, sailed near Spain during Spanish Civil War). Talk on ‘tinned food’. Games – whist drive, picking up beans with a straw, naming advertisements.

March – Discussion on ‘Criminal Justice Bill’ should corporal punishment be given in the case of offences against women/children. Harston WI only one to apply for litter boxes for village, insurance to be checked. Doctor from Addenbrookes talk on psychiatric clinic. Competition best pot of bulbs.

June– voted to enter drama competition. Talk by Mrs Crutchley ‘work of the film artist’. Competition ‘Definition on games of the WI’ and then dancing.

October – meeting held in the afternoon in Miss Greene’s studio due to the war crisis. Letter from Broadcasting House giving names of first people to have seed potatoes and sugar for preserving. Talk by Dr Young ‘I didn’t think’. Competition ‘writ a short story’. Game ‘beetle drive’.

November – set up monthly meeting with ‘league of prayer’. Arranged to help knitting for the Forces. Competition ‘guessing what was in the parcel’ and ‘smelling bottles’.