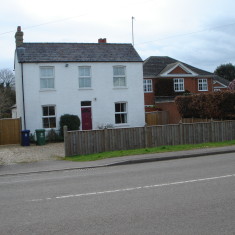 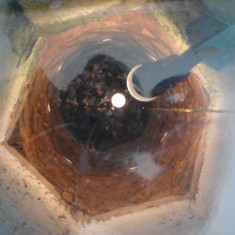 The two storey front seen from the roadway is the original construction. There was also originally a small single storey construction forming a “L” at the rear. At this time there was a well in the back garden.

In the early 1980’s, the building was extended at the rear; the “L” was lengthened and made into two storeys, and the corner was infilled with a single storey – the kitchen in 2016. The well was covered over when the kitchen was built, leaving a glass plate in the kitchen floor. There is still (2016) water in the well, the level of which fluctuates with the seasons.