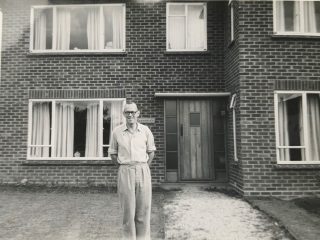 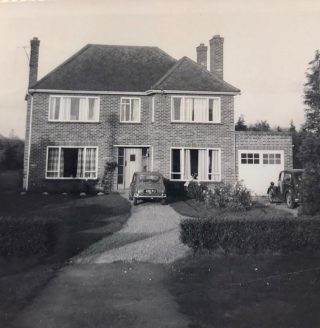 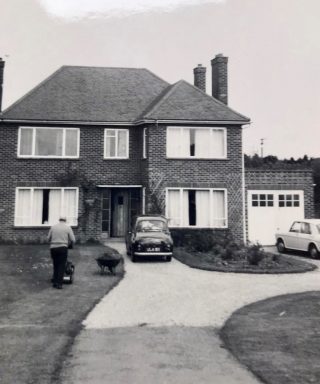 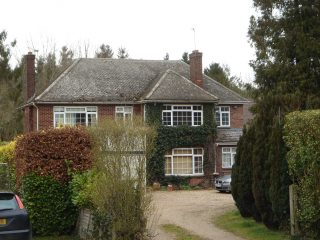 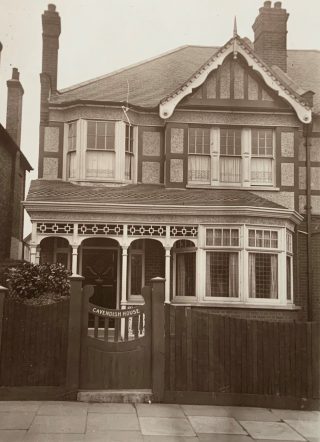 Penny Wiles, the daughter of Bob Wiles, the first owner of this house has given this account of its early history:

Getting permission to build a modern house

My father bought a plot of land from Mr Harradine  who seemed to own a lot of the land. He then set about getting plans and permission to build a “modern” house but was initially refused permission because of objections to the roof plan. He appealed successfully but by this time he had got hold of plans for another house which had the “right” sort of roof, and things had advanced so far he stuck with those plans, so his original dream house was never built.

That house was just on the Shelford Road on the right as you head from Trumpington to Shelford which was later demolished to build a small close. George Baker who built that house had also moved from London and worked at Brooklands Avenue with my father.

The strange thing about the road and the front garden was that my father had to buy the land up to the road, and give it to the council. There was a ditch running through that land. He marked the boundary with the privet hedge. . Originally we had a soak away in the back garden and when we went on main drainage, the ditch was filled in.

The novelty of a fitted kitchen

While the house was being built, my father got the use of an old barn from our neighbours in Hill Top Farm, Betty and Wilfred Bishop. Balanced on fruit boxes, he made a complete fitted kitchen, with floor and wall cabinets, and Formica surfaces which was a very new thing at that time. Once we moved in, people used to come to the house to look at the fitted kitchen, it was the sort of thing you went to see at the Ideal Home Exhibition at Olympia in London, and it was quite a thing at the time. Now of course, all kitchens are that style, but at that time it was very new.

The house was finished in 1955/6, and when we moved in the road was referred to as Newton Road and the house was called Cavendish. When Newton Road became London Road, we were number 11. The house name comes from Cavendish House in Finchley where my father lived when he was younger, (my parents thought Cavendish House was too pretentious). When we moved to this house, someone was making the carved signs that you can see on one of the photos.

After we moved in, we got a henhouse and chickens and grew our own vegetables. After the rationing having fresh eggs, chickens and vegetables were a real luxury to an ex London family.

Our neighbours on the road

The house was the sixth house on the left hand side, going down the road from The Old English Gentleman. Dr Erskine was in the first house, set back, then there were two yellow brick semi-detached houses, then Mr Whitmore and his family and next door to us Joan and Ron Weightman. Joan was one of Mr Harradine’s daughters, and he had built her this house. On the other side was Hilda and Ralph Howlett and their son Roger.