You are here: Home>Topics>Watercourses and Bridges>A Bridge over the River Rhee

A Bridge over the River Rhee 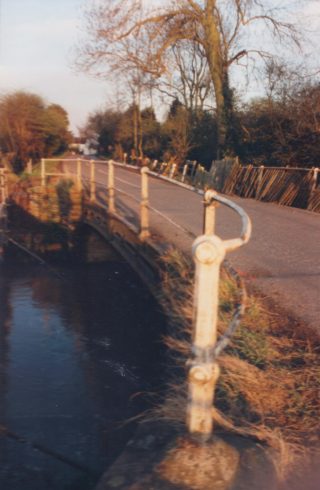 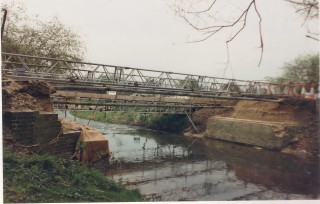 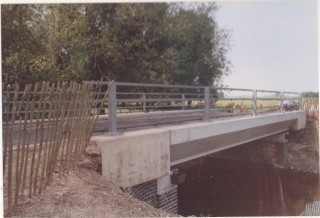 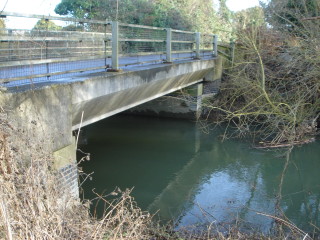 Early crossing of the Rhee had been either by footbridges or ford near the mill, the church and at the end of the Harston to Haslingfield footpath. The ford was the only place a wheeled vehicle could cross and was only usable at certain times of the year and with difficulty for those not experienced in crossing it.

On 2 Jan 1851  the Cambs Quarter Sessions considered an application from the parish of Harston for a bridge over the Rhee. As reported in the Cambridge Independent Press of 4 Jan, the applicants said that ‘the ford was very dangerous and they prayed that a suitable  bridge might be erected’. The ford was in an angular direction and if a stranger did not know the line of progress, he would be sure to get into deep water and the ascent was steep which had caused many accidents. The bridge could be built in a different location, saving half a mile journey and landowners on both sides of the river were agreeable. Funding was discussed and Lord Hardwicke suggested the the Cam Conservators had a large sum of money ‘illegally procures’ which could be used.

Re-routing the road to a new bridge

However, a bridge is no use without a road to and from it and in the Cambridge Chronicle of 15 Feb 1851 notice was given that on 10 April an application would be made to the Cambridge Quarter Sessions to re-route the road. The existing route was described as commencing at church Street by a cottage belonging to Frederick William Rowley and in the occupation of Thomas Scarr and running within Harston parish for 10 chains (220 yards) in a circuitous route with a slight branch to the south towards Harston Mill to the river, crossing by a ford and running in a westerly direction in Haslingfield parish for 20 chains to the gate of a 15 acre arable field belonging to Earl de la Warr, occupied by John Wallis.

The proposed route would be ‘more commodious’ from the above mentioned gate, northeasterly, along the side of a hedge separating the arable land from allotments to the west bank of the river, across it by a bridge to be built and continuing northeasterly along the side of pasture owned by Edward Humphrys Greene de Freville, occupied by Lydia Watson, widow, next to the ditch and hedge separating the pasture from the gardens and grounds of the vicar of Harston and running into Church Street.

The bridge and road were constructed in the mid-1850s in the position they are today with minor changes to the road alignment at the Haslingfield Road Church Street bend to allow WW1 gun carriages to negotiate it.

The bridge had only been standing for about 5 years when the Cambridge Independent Press of 18 October 1961 reported that repairs to the bridge had been satisfactorily completed by Alfred Jude for £1 5s.

Ten  years later, concern was expressed about the effect of nearby coprolite diggings. The Cambridge Independent Press of 22 Apr 1871 reported that the diggings were at a great depth below level of the river and ‘if the water were to rush in, ‘the damage would be fearful.’ Doubt was expressed that the owners of the coprolite diggings would be willing to pay for any damage as they were ‘mere speculators.’ Legal notice was issued to the landowners that they would be held liable for any damage. It is not recorded whether any damage occurred.

A Cambridgeshire County Council meeting in Oct 1898 approved spending of £423 for rebuilding the Conington and Harston bridges.

In 1989 the bridge was completely replaced to make it structurally stronger and with more effective side rails.