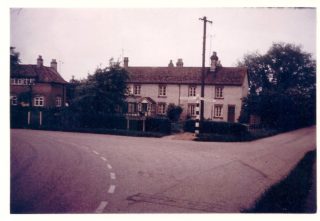 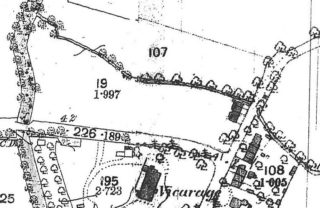 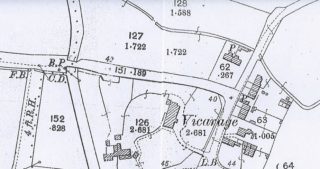 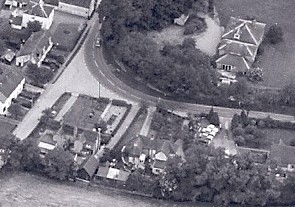 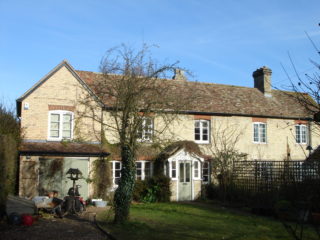 In Nov 1886 John Ives bought the land with the cottages and when he died in 1891 it went to his wife, children, then grandchildren. With the death of Fanny J Ives (widow of C.J. Ives) in Nov 1924 the 2 acres of land and Riversdale (Riverside?) Cottages occupied by Jude & Chapman were sold at auction in Nov 1925. They were sold to Mr Robert Tuck (of Leagrove Cottage, Gt Shelford) for £300 free of incumbrances.

In Dec 1928 one of the freehold cottages (No 4- to left of adjoing No 2 in photo)) and garden at Haslingfield Rd was sold to Mr Ernest Osmund Jude of Harston, builder who already occupied the premises, for £200. Mr Jude had got a mortgage from the Harston office of the Cambridge District Order of Oddfellows Manchester Unity Friendly Society which he paid off by 1947. The cottage was sold with the right of way from Haslingfield Rd to the rear of the property conveyed over the adjoining property in occupation of Claude Chapman. There was an apple barn in the back garden seen in aerial photo until the late 80s apparently with communal access down the drive. in 1965 it was the home of Dr & Mrs Pullen.

in 1997 an extension to the property was approved – see last photo.