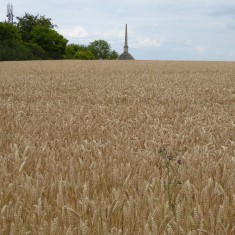 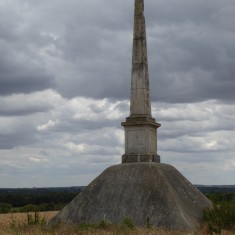 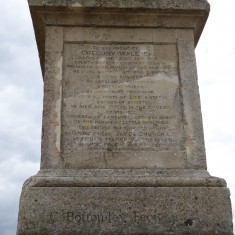 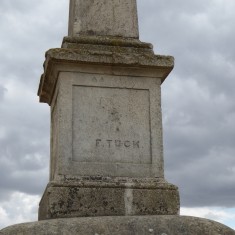 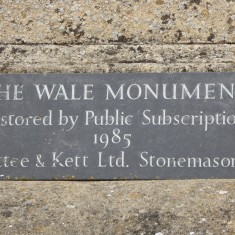 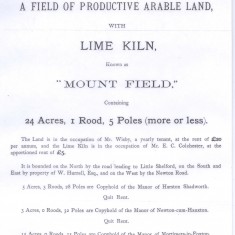 Referred to on some maps as St Margaret’s Mount but known locally as Maggot’s Mount, this small area of upland chalk lies near the Harston, Newton and Little Shelford parish boundary

It’s most notable feature, on the side of the mount facing Little Shelford, is the obelisk erected in 1739 by James Church in memory of his friend Gregory Wale. The two friends used to meet regularly on the mount and agreed that when one of them died, the other would put up a monument there.

The Wale family were lords of the manor of Tiptofts in Harston for most of the 17th and 18th centuries but the family seat was and still is Little Shelford.

The inscription on the obelisk reads:

‘To the memory of Gregory Wale, Esqr, Justice of the Peace for this County, Deputy Lieutenant, County Treasurer, Conservator of the River Cam. He lived an advocate for liberty, a good subject, an agreeable companion, a faithful friend, an hospitable neighbour and in all parts of life a useful member of society. He died June  5th 1739 in the 71st year of his age. Universally lamented and was buried in the parish of Little Shelford. This obelisk was erected by his surviving friend James Church Esq as a public testimony of his regard to the memory of so worthy a gentleman’

Below this there is an inscription ‘C Bottomley fecit’  and on the reverse side ‘F Tuck’. It is presumed that these were involved in the construction of the obelisk. It was restored in 1909 by the Wale family & William Marshall constructed a concrete base to replace the frail brick foundation which required constant renewal due to rabbits burrowing there.There is a plaque recording it’s last restoration in 1985 by Rattee & Kett, funded through public subscription

The obelisk has been Grade II listed by English Heritage. They describe it as ‘ Memorial to Gregory Wale. c.1739. By Charles Bottomley (signed). Limestone obelisk raised up on cement rendered truncated pyramid. Surmounted by badly worn urn or vase with twisted fluting.

On the Harston facing side of the mount are the disused clunch pits and lime workings, now covered with trees and bushes.  The lime kiln and the field below it were part of William Long’s Harston Estate which was sold off in 1893. Helen Greene records a fatality when a man and a boy who were burning lime fell into the lime pit. When the alarm was raised, the village constable accompanied by Mr Willers went to the site but could only pull the bodies out of the pit