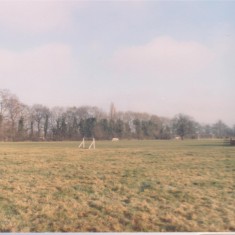 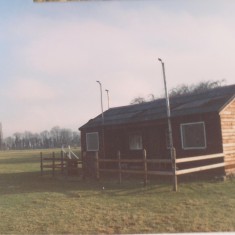 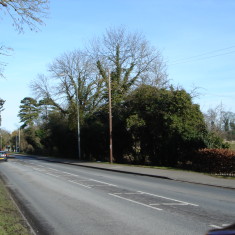 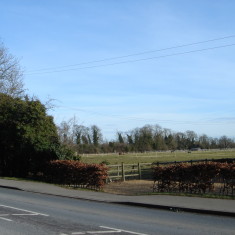 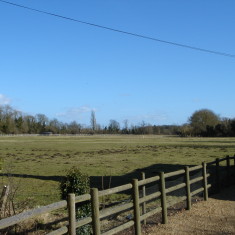 A long frontage of fields stretches between Nos 70 and 92 on the east side of the High Street, bounded on the north by The Drift and the east by the railway line; in 2015 the western part of these fields are used as horse pastures and the eastern field is arable farming.

The front (western) portion of these fields shows on the 1971 O.S. map as a Recreation Ground with a pavilion; this was known as Park playing field and was the village recreation ground before this was moved to land (opens in a new window) off the Limes.