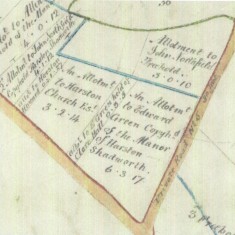 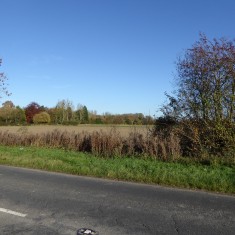 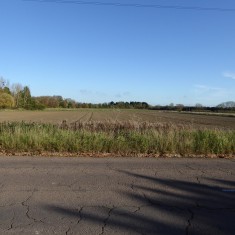 Before enclosure, Harston had a Pinder, an official charged with rounding up and restraining stray animals. There was piece of land (1 rood, 27 perches) known as the Pinder’s Land used to hold the animals  Fines were paid by owners  to get their animals released or else the animals were sold. There were also “several small pieces of land lying dispersedly in open fields” rents of which had been regularly received by the churchwardens and carried to the general account of the church.

At enclosure, an area of 3 acres 2 roods 14 perches was allotted to the churchwardens in place of the the original Pinder’s Land. This is now the field just after the end house on the left of London Road looking towards Newton. Beyond this is a plot of college land, then a field belonging to the Hurrell family and then the railway line. According to a Parliamentary Report of the Charity Commissioners dated 1837, the Pinder’s Land Charity started at the time of the Inclosure Act for Harston, dated 25th January 1802.

A  later Charity Commission document dated 24th December 1915 appointed four Trustees by name,  proposed by the Parish Council. These were Arthur Hurrell, Thomas Smith, Tom Hays and Fredrick Willers, the latter also being the tenant at the time. The document gives the income of the charity to the benefit of the inhabitants of the village. This income has been divided 9:1 between the church and the parish, possibly because The original area of the Pinder’s land is very nearly 10% of the present area.

The trustees are replaced as required and the rental for the land increased periodically.