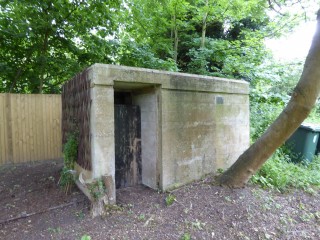 Air Raid Precautions (ARP) were organised by the national government and delivered by the local authorities. The aim was to protect civilians from the danger of air-raids. ARP Wardens patrolled the streets during blackout to make sure no light was visible. They were also responsible for handing out gas-masks including different size masks for children. They also helped with handing out prefabricated air-raid shelters (Anderson and Morrison) and organised and staffed public ones. An air-raid shelter still exists in the garden of The Old House in the High Street. 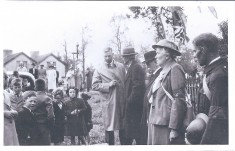 In Harston Helen Greene, Harry Lawrance and Abraham Northrop were Air Wardens and the Senior Scouts volunteered for A.R.P. and Home Guard duties. The Warden Post was in Helen Greene’s house while the Ambulance Unit was in Green Man Lane. You could recognise the Wardens as they had a helmet with a W on the front.