You are here: Home>Topics>Wartime>World War 2>Harold Evans in WW2 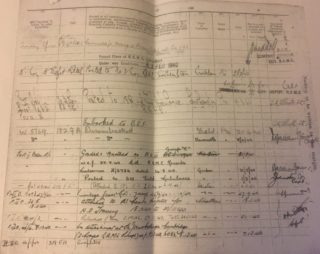 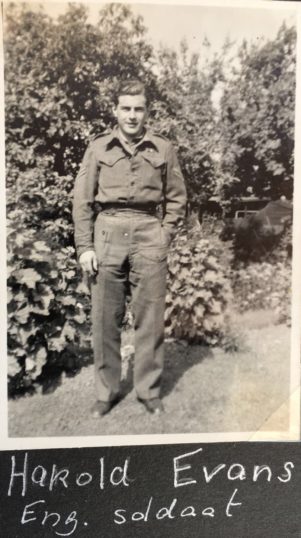 My grandfather, Harold Evans, got separated from his unit while in the BEF trying to get out of France. He managed to escape with the Grenadiers 3 days after Dunkirk from Cherbourg to Southampton.

From there, I presume because he was with the Grenadiers and got lumped with them, they sent him to Newcastle. After a few days winding back down the country and having leave he was sent to Harston on the 9th July 1940.

He came and went from July until October and I have laid these subsequent comings and goings below:

The additional service record (attached) mentions Harston a couple of times and seems to match the dates in the diary above.

The first which details, “21 August 1940 – Graded and mustered as number three Group C with effect from 24/08/40. Authorised RAMC Records” is crossed out for some reason but the second mentioning he was attached to the 18th Field Ambulance from the 2nd September 1940 to the 1st October 1940.

He then continued his training around Cambridge then Taplow in Bucks before heading off to France at the end of June 1944 when his unit was attached to 51st Highland Division and accompanied them through Belgium, Netherlands and crossing the Rhine at Rees continuing to Hanover and finishing in Bremerhaven. There was a story relating to him working in a concentration camp and I am yet to verify this.

While in Nijmegen, Netherlands he was billeted with a local family. The daughter in the family was into photography and took the attached photograph. The daughter continued to stay in contact with my grandparents and my grandmother actually visited them last year in Nijmegen.