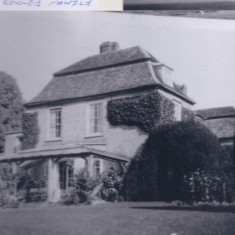 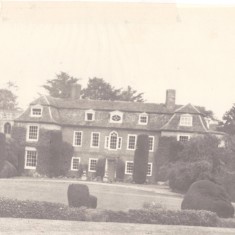 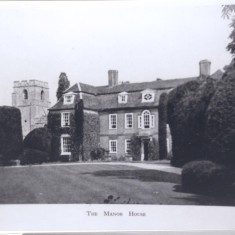 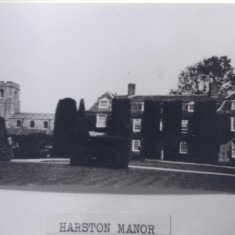 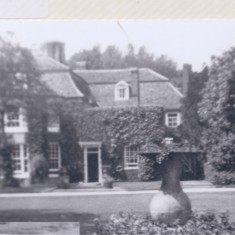 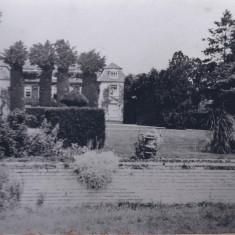 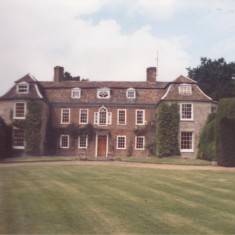 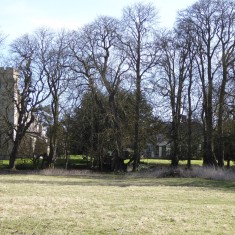 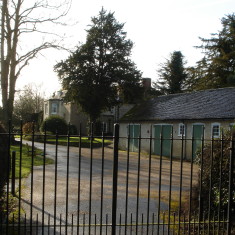 The house is Grade II listed and described by English Heritage as: ‘of 17th century origin but extensively remodelled in early 18th and again early in 19th century when the two cross-wings were added. Red brick and yellow brick with early 19th century mansard roof, tiled, and ridge stacks.

The two crosswings are of gault brick. Two storeys and attics. One dormer with leaded roof to each. One sash window and one dummy window. Two recessed hung sashes of sixteen panes each to each gable end. There is another early 19th century reeded doorcase to a doorway in the right hand cross-wing and this also has a flat hood, possibly early 18th century and reset. The same cross-wing has a two storey canted bay. At the rear are service wings mainly 19th century and yellow brick, though there is some clunch.

Interior: evidence of the original 17th century house can be seen in the main range where there are stop chamfered ceiling beams and a fine early 17th century overmantel to an inglenook hearth. The overmantel is in two bays divided by a female herm figure and flanked by two male herm figures. Below is a frieze with vine leaves, a dog and a deer and other hunting motifs. The two rooms of the main range and one on the ground floor of the right hand cross-wing are lined with early 17th century square, sunken panelling. That in the cross-wing is reset and incorporates a number of carved overmantels with arcading and some inlaid and painted panels, all early 17th century. The other cross-wing had raised and fielded panelling in three heights.