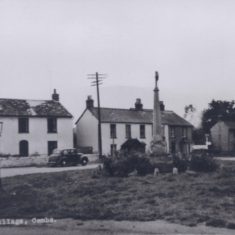 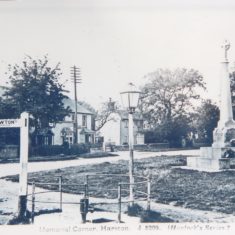 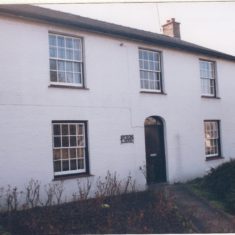 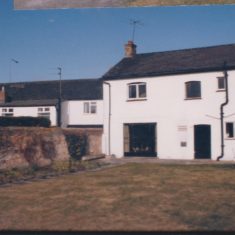 Rear view of Byron Lodge, once Bath Cottage and the local bakery
(Deacon) 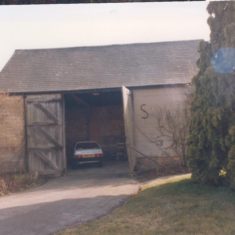 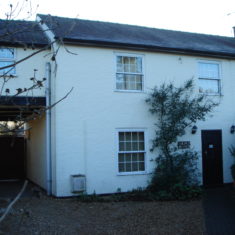 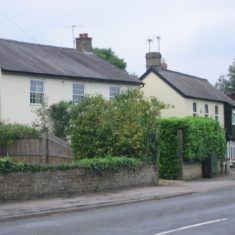 In 1881 William Stockbridge, age 36, lived with his brother Charles age 23, in Bath Cottage on the High Rd. William was a farrier and carpenter.

Around the 1900s the house was still called Bath Cottage It was quite large for a family those days, with seven bedrooms, a lounge, dining room, kitchen and cellar. The Badcock family lived there with the father, John Richman Badcock running a bakery. Behind the house was a barn used to store bakery sacks of flour in the loft, with the flour let down on a chute into the bakery.There was a stable which housed the horse which pulled the cart that took round the bread that was delivered daily.

Anita Custerson, the daughter of John Richman Badcock, the baker, her husband William Custerson and their twin daughters, Judy and Shirley lived in Bath cottage in the 1940s.  She nursed her widowed father until his death in 1950.

There was also a long back garden leading up to an orchard with russet apple trees where a nanny and billy goats with two little kids, plus hens and ducks were kept.

The outbuilding and long garden still remain and are found behind the adjoining Fountain Cottage which has a small garden.