Summary by Hilary Roadley with information supplied by Graham Broughton 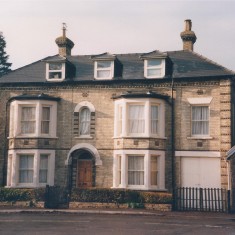 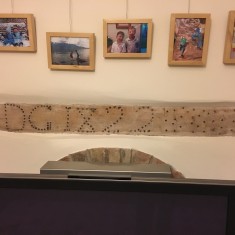 40 Royston Road, previously known as Melbourn House in 1930s, was owned by Christopher Wedd, a saddler who had owned this premises and others in the row, nos 40-48, since the 1840s. Newspaper adverts around 1870 offered the house with 9 rooms to rent, saying it had recently been built, but it is likely that it had been renovated from an old cottage or had a new front put on it. A mantel above the fireplace has the date 1822 in studs on it.

House documents (see at bottom) and a newspaper sale advert (shown below) show that Melbourn House was sold along with the adjoining properties in March 1920 by Joseph Wedd (nephew of Christopher Wedd).  Although it was sold to Edward Greene (a member of the Harston House Greene family) and passed to his son Benjamin Greene & his wife Eva, Miss Lilla Ann Clark remained the tenant.

It was sold by the Greenes in June 1947 to Francis Vernon who quickly sold it in Oct to Ethel Stallwood. She took out a £5000 loan from the Cambridge branch of Oddfellows, but they sold the property in Aug 1957 to Albert Perrott, a director of Simplex Dairy Equipment Co. Its value had remained around £2000. When Perrott sold to Peter Ernest Temple in March 1981 its value had increased to £32,000. By Oct 1984, three years later, when he sold it to the Thomas-Richardson family the price had risen to £57,500. They sold 12 years later (Oct 1996) and the price had reached £129,000. By Jul 2007 when the new owners bought the house, it had tripled again.