You are here: Home>Places>Royston Road>48 Royston Road The Queens Head 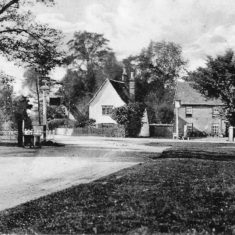 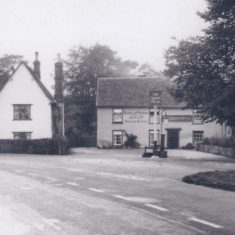 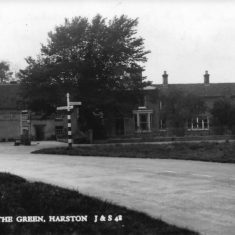 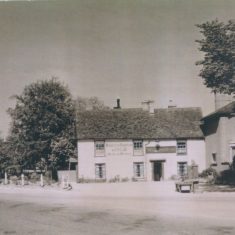 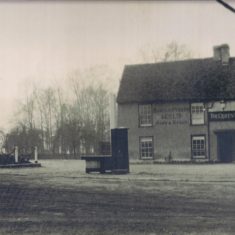 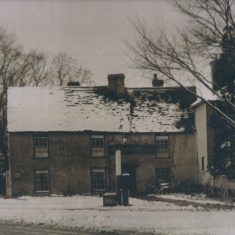 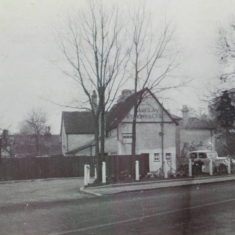 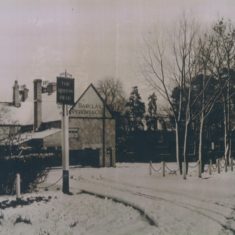 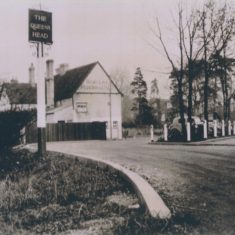 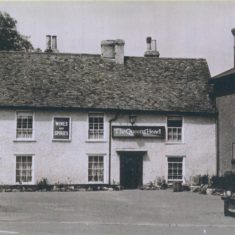 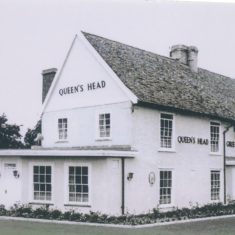 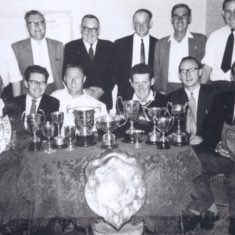 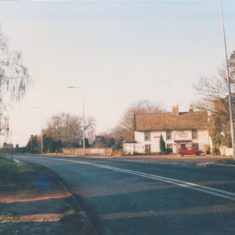 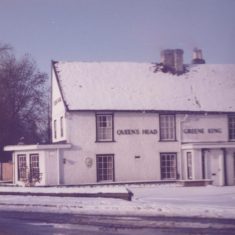 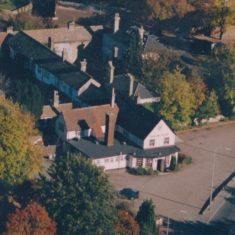 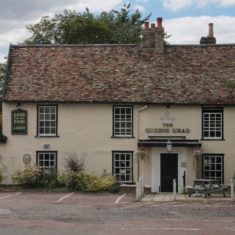 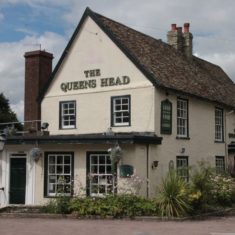 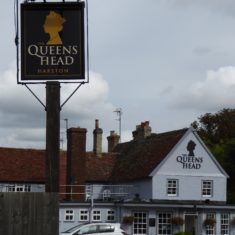 It is thought that an ale-house existed on the site from C18 and the Enclosure map of 1802 shows a building which corresponds to the oldest part of the current one. Its original name is not known but it is almost certain that it is now named after Queen Victoria who wasn’t crowned until 1837.

The first landlord we have found recorded is William Stearn in 1850. In May 1870 the Cambridge Independent Press reported that ‘The Queens Head transferred to Walter Finch’  but in Sep 1870 the Cambridge Chronicle & Journal reported that ‘the Queens Head (landlord Mr Wedd) was refused a licence for sale of spirits’. Although a popular pub,  in 1870 (June 11) the Cambridge Independent Press recorded that ‘Robert Whiskin & Elias Northrop were convicted of causing a disturbance at, and refusing to leave, the Queen’s Head on 28/5, fined 5s and 10s each respectively, plus costs’ and similarly in 1871 July 15 Cambridge Chronicle & Journal, Cambridge Independent Press stated
‘Joseph Ball, 25, a fossil digger, was summoned for being drunk & disorderly and refusing to leave the Queen’s Head at the request of Walter Fitch. Fined £1 or 3 weeks prison’.

Christopher Wedd owned the pub in 1860s – 1890 but it was sold in 1890 after his death when it ‘did’ 180 barrels per annum. Mr Edward Ashby was the then tenant, the pub let to him with 3 months notice. The Ashby family were landlords there for over 70 years. By 1892 it was to Let with applications to Rayment & Co., Brewers, of Furneaux Pelham, Herts.

There was a fresh water pump in front of the pub which was providing some of the villagers with their water supply until 1950s.

In 1933 ‘The White House’ which stood next to the pub (Shown in pre-1930s photos) was demolished as part of a road widening scheme which also created a larger car park for the pub. From the photos it also shows an extension on the south side of the pub between 1958 and 1970, with a further curved portion added afterwards. Richard Salter, son of the landlords who moved inoto the Queen’s Head in 1963 has told us when the alterations occurred.

The pub had been owned by Wells & Winch and run by the two Ashby sisters. Then Greene King took it over and virtually demolished the whole lot behind the front façade and rebuilt it before the Salters moved in, in 1963. It used to be basically a two bedrooms up, two room down type building with a block of stables at the back for 4 horses, and a trough at the front for the horses. It used to be an original stopping off place for coaches from London.

For the pub there used to be just the front room and a meeting room and a small kitchen behind. There was extension added on to the southern end of the lounge making it much bigger and there was a long two storey extension built going back behind and at right angles to the original pub- with the cellars on the ground floor. The old stables were removed and a garage replaced them that is still there. Sadly the builders took away the old hand-made roof tiles from the stables, a big lamp that had stood outside and the trough that used to be in front of the pub. There were still horseshoes and old brass bits to be found and when they dug the foundations they found old clay pipes and old glass bottles with marble in that suggested the pub had stood there for many centuries- possibly as early as C16. The new roof was put over the existing old beams which could still be seen inside – shaped like a Dutch roof.

The Salters were told that the pub had a ghost. The house that once stood next to the pub shown in one of earlier photos was owned by a wealthy man and his daughter. The daughter wanted to marry a labourer but the father wouldn’t agree so she threw herself in the river. Her ghost is supposed to walk across the carpark area (where the house stood?) and Kay said she had seen her although Don was very sceptical.

The Queen’s Head had a very successful darts team and won many trophies. Don was a very good player so people were reluctant to play against him. Others in the team included a Willers and Roger Chapman. They also had dominoes but the petanque didn’t start until the next landlords.

There also used to be a piano in the lounge area and Don used to be asked to come from behind the bar and play. They would regularly have a sing song particularly after hours drinking and on special occasions.

On occasions in 1960s they had in the ‘Otter Hounds’ with their red jackets and long sticks. They would leave the pub and walk down along the river bank looking for otters- not sure they ever found any- and before times when such would be unacceptable.

Kay cooked typical pub food – ham off bone, scampi and chips but also had her specialities such as extra-large scotch eggs. Sadly Don died around 1973 and Kay stayed only a few weeks before moving out.

Having been taken over by Hawthorne Leisure a number of landlords passed through before the Thai Restaurant landlords, previously in The Three Horseshoes until that was sold, took over in August 2016.

We have an incomplete list of landlords with approximate dates. Can you amend/add to?