Lockdown experiences and observations of a musician and choir member. 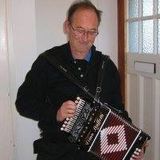 Looking out from Lockdown

Lockdown may have been good for individual musicianship but we have yet to discover the impact it will have on our diverse musical culture.

I am retired from paid employment and a self taught musician, so with few distractions and no financial concerns I was able to spend more time practicing, improving technique and extending my repertoire. My main instrument is the melodeon, (a type of button keyed diatonic accordion) but I also play mouth organ, tin whistle and keyboard instruments. The type of music I enjoy playing I prefer to call “traditional” music and it consists of popular tunes from the late medieval period to the present. Many of these tunes are played at folk clubs, for ceilidhs and in “pub sessions”.

During lockdown I missed playing with friends in each other’s houses and we were unable to participate in the monthly sessions held at “The Bees in the Wall” Whitlesford. There were, however, a few “hit and run” performances by some of us as people stepped out of their homes to salute the key workers each week.

Paul Hardy, who was organising fortnightly pub sessions in Melbourn for people learning this kind of music kept in touch with us all by sending out weekly e mails. These e mails include a link to recordings of tunes at both learning and performance speeds, uploaded to his website. This continues to be an invaluable learning resource.
https://pghardy.net/greenshoots/virtual/index.html

Each year I would normally attend 3 or 4 weekend or day events organised by the East Anglian Traditional Music Trust covering local song, step dancing, and instrumental traditions. These events have always brought in talented young musicians but an exciting programme for 2020 has had to be postponed.

There have been virtual gatherings of musicians and I will be joining a Bahrain based acoustic group later today; my first experience of such a gathering.

Prior to lockdown I was singing with Stapleford Choral Society, Harston Church Music Group and Newton Church Choir. Stapleford were within days of performing the Mozart mass in C and this had to be cancelled. I don’t think the church choirs were working on anything particularly ambitious when the official restrictions were imposed but with the passing of each religious festival; Easter, Whitsun and now Harvest, I have felt a great sense of loss. We are fortunate within the benefice (Harston, Newton and Hauxton churches) in having remarkable musical leadership and have participated in some major works including liturgical performances of the Bach Passion Cycle at Harlton church (with other Cambridgeshire Choirs) and the Stainer “Crucifixion” at Newton.

Virtual choirs have proved popular over the last 6 months; I hope they will encourage people to join real choirs when things get back to normal. I’ve included in the playlist a tune that most people will find familiar; “The Big Ship Sails on the Alleyalley Ooh”. It’s the first song I learned at primary school and it was learned in the playground and not the classroom. Hopefully the oral transmission of song will not be badly interrupted and children will continue to be encouraged to sing in the classroom. I hope also that the children’s camping and woodcraft organisations are soon able to resume their important role in providing opportunities for singing and dancing.

I fear there may be problems for adult choirs who will have lost the best part of a year’s recruitment and whose membership will have reached a critical level when they reform. The first adult choir I joined, at the suggestion of Nora Sellen, was the Harston Singers. (Nora Sellen, Bridget Bromilow, and two of the Baker girls, Lucy and Judith, were also in that choir).That was nearly fifty years ago and explains, in part why engaging with young people seems so important to me.

Title with composer, country of origin and date of publication where known.

In 1948 Ralph Vaughan Williams contributed to a film “The Dim Little Island” in which he acknowledges the importance of our folk tradition; he cites “Dives and Lazarus” as one of our seminal vocal pieces. He also describes a three tier triangle. At the top the great English composers including Byrd and Purcell, the top virtuoso performers and major conductors (we see a shot of Sir Malcolm Sargent). At a lower level are those who are able to earn a living teaching, playing in an orchestra or taking on the lead parts in amateur productions. Somewhere nearer the bottom are, in the words of Ralph Vaughan Williams,

Perhaps we should update this to include those who, like me, are willing to turn out on a winters evening to practice singing in a draughty church or village hall. Also those who attend concerts or buy music as downloads, vinyl or in printed form. The various strata are dependent upon each other so until the theatres and concert halls get back to full capacity and we can all sing together without fear of infection I will have concerns for the future; the young, in particular, need to experience again our wonderful musical heritage.