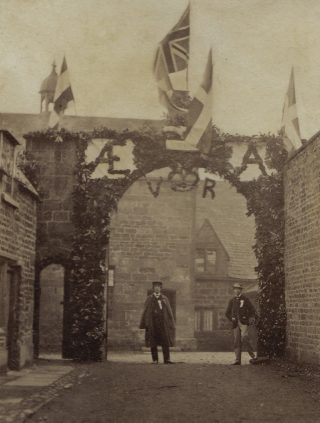 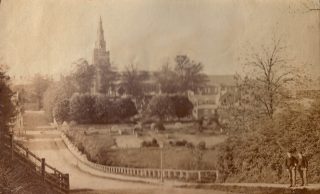 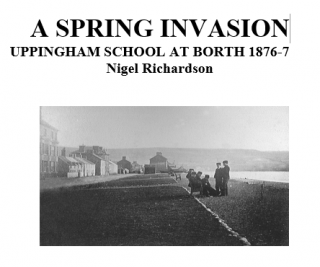 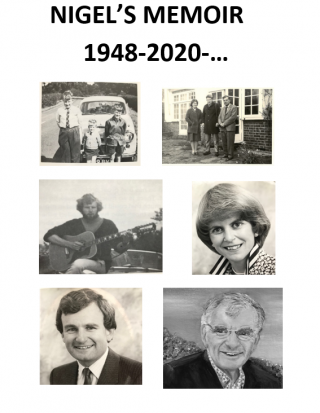 As with many people of my age, avoidance of unnecessary risk has resulted in less travelling about and more attention to house and garden. I have also taken the opportunity to immerse myself in two writing projects.

Dealing with an epidemic

The first project relates to an earlier epidemic: Typhoid – which broke out three times in Uppingham (Rutland -55 miles north of Cambridge) between 1875-6.The small town and its well-known boarding school were both affected; several pupils and an unknown number of townspeople died. With very poor sewerage, no mains water supply and great mistrust between the town, school and medical authorities, the  school was faced with financial ruin when the town authorities declined to spend money on new drainage and a mains water supply. The desperate headmaster decided to force the town authorities hand by taking the entire school for a whole year to a hotel and two dozen cottages on the Welsh Coast at Borth, near Aberystwyth. This hit the local economy in Uppingham very hard. The school stayed in Borth until eventually the ratepayers in Uppingham forced the guardians to act and put into place proper public health facilities.

Today we struggle with a new and complex virus. Uppingham’s typhoid occurred just before the big breakthroughs in bacteriology, and there was sustained controversy about the performance of governmental and public health authorities. The school had to improvise dramatically in order to continue to keep its pupils being educated.

My research about this began while I was teaching at Uppingham, and I later completed a PhD about Uppingham’s public health crisis. This led to a book, very expensive and now out of print, so I wanted to produce a more readable, cheaper version, aimed at people living in both Uppingham and Wales. Lockdown gave me the time and the motivation to get moving on it.

Thanks to the wonders of self-publishing, the end result has been two short booklets – one about events in Uppingham and the other focusing on the school’s remarkable period of improvisation in its temporary surroundings in Wales and the impact on a small Welsh village of the ‘invasion’ by 400 boys and staff. In both, there are recognisable echoes from the 19th century of the challenges and uncertainties that face communities in the grip of an epidemic.

The second project? Following in the footsteps of one or two older friends, and nudged into action by my family, I have been writing down some memories and impressions about various aspects of my childhood, upbringing, and personal and working adult life, in case it is of any interest to my grandchildren and future generations to know more about their predecessors. It is definitely not for publication, but lockdown has given me the time to work on it, and it has brought back many happy memories.