You are here: Home>Topics>Harston Corona Virus lockdown experiences 2020>School and schooling in Harston during Covid 19

School and schooling in Harston during Covid 19 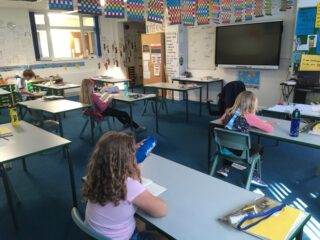 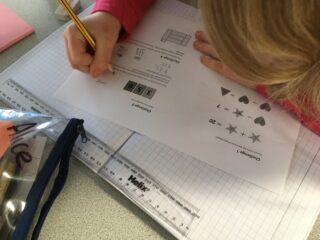 Children with their own stationary in school April 2020
(S Rouse) 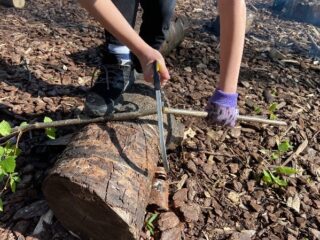 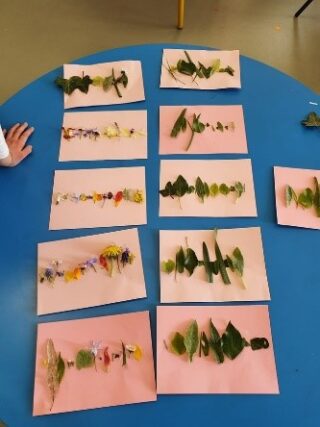 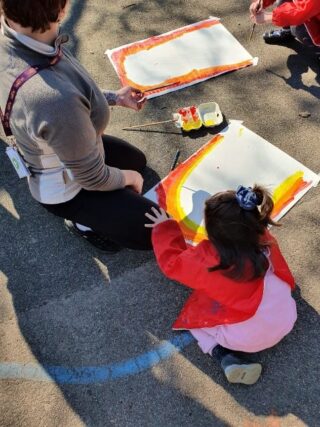 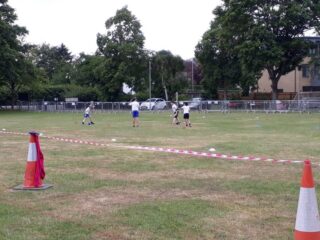 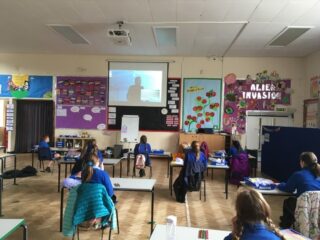 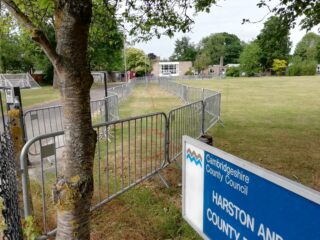 On Friday 20th March, like schools all across England, Harston and Newton Primary schools closed for most pupils, in accordance with the government directive. For the next nine weeks we were open only for the children of keyworkers and vulnerable children. Tables were separated so that children were 2 metres apart, each child had their own set of stationery and children of different ages were in the same class. We had 22 children registered with us during this time and attendance averaged about 14, thought it was as high as 19 on some days. The school remained open during the Easter holidays, to support key workers, but on a couple of days we were not needed as there were no children attending.

The children were split into two groups – Foundation Stage and Key Stage 1 in one group and Key Stage 2 in another group- but they had break and lunch together. In the mornings, the keyworker children completed the home learning tasks that had been set by staff; in the afternoons we did more practical things such as art, science and sessions in the Forest school. We planted vegetables, but the muntjac deer who moved into the Forest School area managed to eat most of the young plants before they got established. We also did lots of PE and daily workout sessions with Joe Wicks.

The children were amazing, coping well with the need for constant hand washing, and adapting to being taught by different staff each week as teachers worked on a four-week rota in school. At the end of this period, they commented that they had enjoyed making new friends and felt that learning was easier in school than it was at home.

All schools had to adapt and find ways to provide meaningful learning tasks for the majority of children who remained at home. We were aware that whatever we provided needed to be achievable, engaging and structured, but with a degree of flexibility as every family’s situation would be different. We also wanted to ensure that we maintained contact with families and provided feedback to the children on their work.

We decided to use the class pages on our website for home learning activities for most of the school. We agreed that we would aim for 90 – 120 minutes of learning per day, and focus on reading, maths, English and science. Each teacher set their own tasks for the day, but we have tried to use the same short film as a starting point for writing across Key Stage 2, to make things easier for families with children in different year groups. This also allowed children to watch the clip together and discuss it prior to writing, which is nearer to their experience in school. We aimed to make tasks short, clear and achievable. For example: write six sentences to describe a character in the film for Year 3, or write nine sentences (including three specific grammatical points) about your favourite part of the film for Year 6.

We set up class email accounts so that parents could email staff with any queries about the tasks and send in examples of work. Our expectation was that every child would send in one piece of maths and one piece of writing each week, though many sent more. Class teachers sent feedback to each child on their work at the weekend, by email or a short video for the younger children, celebrating achievements and highlighting areas to work on in the coming week. We also encouraged parents to send photos of other learning activities, and these were displayed on each class page. Staff recorded a short video message each week, to keep in contact with the children, and I recorded a short assembly each week.

The feedback from parents was generally positive. They found the structure helpful and felt that the expectations of work were realistic, especially as they were trying to complete their own work as well. Families were honest, saying that there were good days and bad days; at times it was difficult to keep the children motivated, especially as home learning continued for 14 weeks for some children. However, when we reviewed responses at the end of the summer term, 74% of children had fully engaged with home learning, submitting work every week, and another 14% had shown some engagement. A national survey carried out by NFER showed that teachers had weekly contact with 60% of their pupils and only 42% were submitting work. Our school figures are well above this; it is a testament to the hard work of pupils, parents and teachers, and shows the strong partnerships that exist in the school.

From the beginning of June, schools were asked to open for more children. We were told to offer places to Pre-school and Reception Children, Year 1 children and Year 6 children, as well as maintaining provision for keyworker children. The children were to be in small groups (known as bubbles) of up to fifteen children, and were to follow social distancing guidelines. Schools were told to remove soft furnishings from classrooms and reduce the amount of equipment available to children, as everything had to be cleaned after use. The children needed to remain in their bubble groups throughout the day and were not to mix with children in other bubbles. Additional cleaning had to be put in place; the beginning and end of the school day were staggered to avoid too many people being on the school site at the same time.

This required a considerable amount of planning and adjustment, especially as we had some staff who were unable to return to work owing to health concerns. We set up a one-way system for entrance to the school site, put social distancing markers in the corridors and the classrooms, separated desks, put furniture into storage and used cones and tape to mark out different areas on the playground so that bubbles remained separate.

On 8th June we re-opened with six bubbles and had 54 children attending. We were able to offer places to all the eligible year groups. In the following weeks, as more staff were able to return to work, and we saw how the systems were working, we increased the number of places in some bubbles and re-allocated staff to provide more places for Key worker children. On 29th June we were able to open two further bubbles to accommodate our Year 5 children as well, so that by the end of term we had 82 school age children attending (62% of the school roll) and 10 Pre-school children (55% of the roll).

The children were delighted to be back in school and to see their friends again, and parents commented on the positive impact this had on children’s well-being. Some of the usual end of year events, such as the school play, could not happen. However, we managed a virtual music assembly, a sports day in school and a remote version for those children who were still learning at home (Hurrell House won) and a wonderful leavers’ assembly via zoom.

It was a summer term like no other, but I am extremely proud of the way staff, children and parents responded to the challenges that they faced. I think there will be positive memories of the Summer of 2020.