You are here: Home>People>Frank Swann 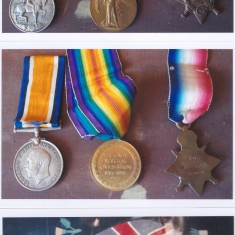 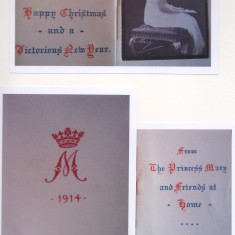 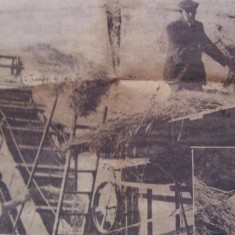 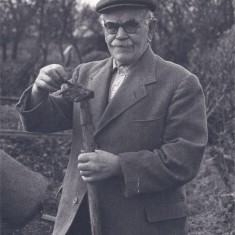 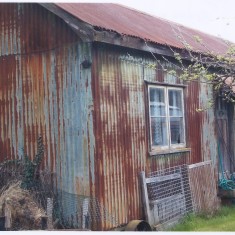 Frank lived at 43 High Street. In his garden Frank had a bungalow on wheels so he didn’t have to pay rates on it when he let it out. Frank also owned Victoria Cottages in Green Man Lane. In those days people had their fingers in many pies – not necessarily involving lots of money.

At one stage he also worked for Chivers – they owned land – possibly the meadows by Haslingfield. Frank had orchards behind the house and his adopted daughter Peggy Clarke (& husband Vic) used to take lots of boxes of greengages to Harston Station to go on the Sunday Special – either to Dundee or to London.

Joan Bash remembers that Mr Swann had a smallholding that would produce vegetables/fruit to sell. He also had a pony and trailer and, acting as a carrier, would collect everyone else’s produce and take it to Cambridge market and sell it for them. People would then go and collect their money from him. He lived at no 47 High St, a house at right angles to the road.

Frank William Swann was born in Woodditton, Cambs in 1886.  Frank, a labourer, had been living near the school in Milton when in Oct 1904 he joined the Army Reserves, signing up at Woolwich for 12 years with the Suffolks. Some time was spent in Aldershot, working with horses. He married Dorcas Mary Segrave in 1908 in Harston but was still living in Milton in 1911. From 17 August 1914 he went with the Expeditionary Forces Overseas to fight. After one month’s leave Jan-Feb 1918 he returned to France until his return in May 1919. He received the British War, Victory and 1914 Star medals. Frank, apparently, reared horses to be used in the War.

He died in 1980, having lived with his family in Harston for many years.