You are here: Home>People>Ron Bass

Summary of information from Betty Folbigg and other sources, by Hilary Roadley 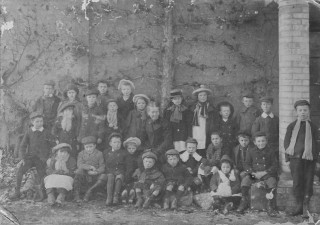 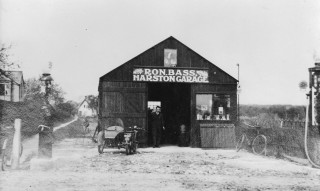 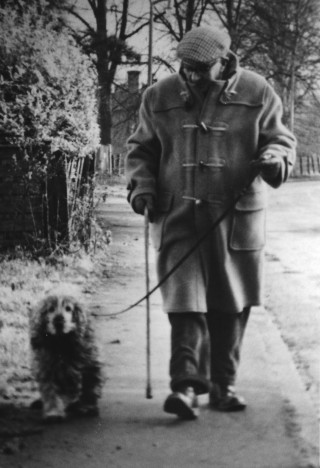 Ronald was born in 1897 and died in 1970. He was the son of Alice (nee Ashby) and Walter Bass. His father Walter died when he was 3 years old and his mother was expecting his sister Vera. He and his mother went back to live in Church Street, initially with her father Josiah Ashby who ran the bakery and grocers at No 1 Church St. She lived at 29 Church Street and in 1911 earned her living as a dressmaker/tailoress. Ron and Vera can be seen as children in the Sunday school photo taken outside the Vicarage. Vera to right of centre with a muff and Ron just behind her to right.

When Ronald married Ellen Rogers in 1925 they lived with his mother in Church Street. Their daughter Betty was born there and lived there until her marriage in 1955.

Ron did an apprenticeship in Bicycle repairs in Royston and then went to Ring and Harpers in Cambridge as an apprentice motor mechanic. He then became Chauffeur to Archdeacon Hurrell at Newton where his wife was housekeeper. He started his garage/cycle business where the present petrol station is as ‘Ron Bass Harston’ in 1926/7 and stayed until his retirement in 1957. He saw many changes in that time as cars were fairly new when he started. Petrol pumps were pumped by hand and wireless sets were run by Accumulator batteries. Ron charged these up for people.

The war years saw many changes and restrictions. Petrol coupons made life difficult, car headlights had fitted slatted guards over them, engine parts were either hard to get or impossible to find. Ron, however, came from the engineering of making a lot of parts and mostly solved the problems. Harston had a verty high army presence during the war and the engineers often ended up in the Garage to work something out with Ron.