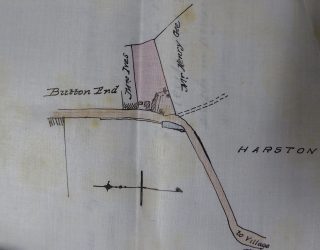 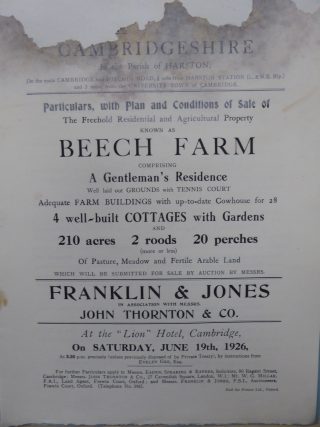 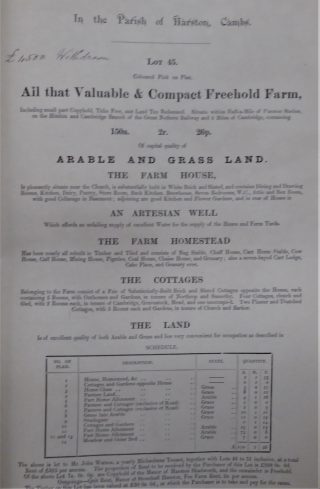 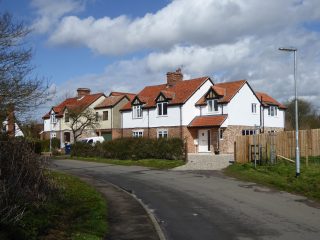 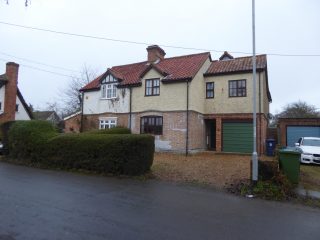 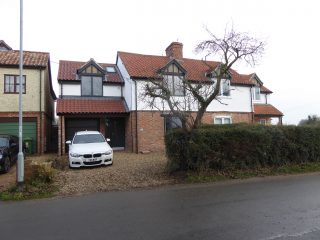 There have been cottages for farm labourers belonging to Beech Farm since before Inclosure in 1802 although the number and size is uncertain. In the 1886 sales document the cottages were described as clunch and tiled with two rooms each, in tenure of Cambridge, Gravestock, Mead and one unoccupied. The sale was from Edward Henry Green de Freville to John Ives.

Over the next 15 years John Ives widow and son sold off parts of the estate and, probably the four cottages to Mr Wallman as a 1902 map indicates a sale from  Mr Wallman to Mr Evelyn Gee. This shows a layout significantly different to today and also a pond across the road. .

In 1914 the cottages were rebuilt as two pairs of matching semi-detached cottages. In a sales brochure for the sale of the Beech Farm Estate in 1926, they were described as having sitting room, kitchen, scullery with copper, 3 bedrooms, with outside earth closet and coal house. The estate was purchased by Jesus College. The 1928 land tax map shows the layout which forms the basis for today’s cottages.

Kath Rayner, daughter of Fred Collins was born in No 4, four months after the sale occurred in 1926. Fred’s slightly younger brother Bert Collins (B:1906) also lived in Beech Farm Cottages where he met his future wife Gladys Sharman-Crawley whose family lived in the next house from around 1931.

The cottages remained the property of Jesus College for over 50 years (since 1926) and in 1975, each cottage was extended and had a garage built. After this some of the cottages were sold off with their owners putting their own mark on the properties. Nos 3 and 4 were extended in 1991 and 2000 respectively and Nos 1 and 2 in 2014 and 2016.