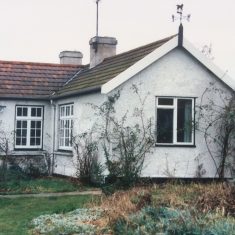 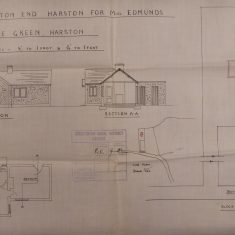 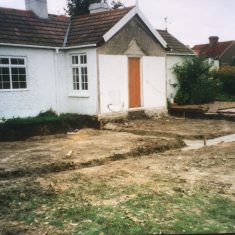 The beginnings of the main extension built in 1993
(A Thornton) 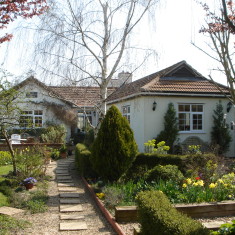 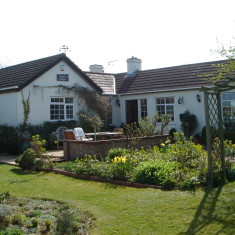 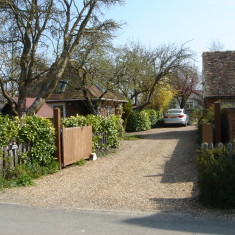 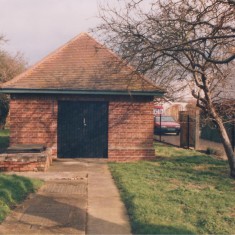 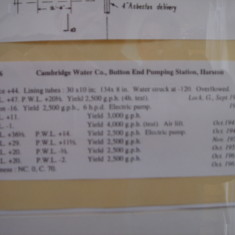 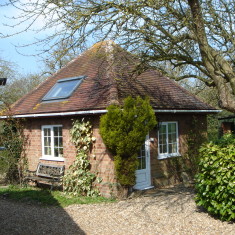 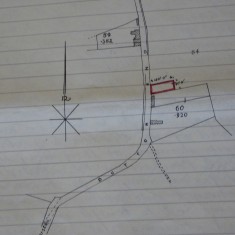 “Thyme Cottage” is a detached bungalow set  back behind “Hope Cottage”. It was built in 1932 by C Jude for Miss Edmonds of The Green, Harston but without planning permission which which resulted in a strongly worded letter from Chesterton RDC. It was originally part of a small close of farm land and was known as “East West” because it lies directly on those points of the compass (see 1971 map).

Lilian Edmonds sold the property to Eva Sylvia Haines on 13th July 1946. She subsequently sold it to Rev. Barker (in 1962?) and then he to present owners in 1988. They renamed it “Thyme Cottage”,

It has been extensively extended and the garden redesigned and landscaped.

The original garden  had lots of dahlias, old sheds, a decrepit garage, a lot of glass (as mini- cloches?) and lots of rubbish. There were a number of the old fruit trees – some that can still be seen, but very little else.  It is now a mixed garden of borders, hedges and lawned areas, interspersed with mature fruit trees and other deciduous trees.

In the front garden is a square brick structure. This used to belong to the Chesterton Rural District Council and was built in 1935 as a Pumping Station for the Harston Water Scheme to supply fresh water to the village; the water source was a 120 ft deep 10 inch diameter borehole adjacent to the Station. Use of the borehole and pumping station ceased in 1995 and the borehole was backfilled. The present owners bought the station and the land associated with it in September 1995 and converted it for their use in January 2003 and integrated it into their garden.