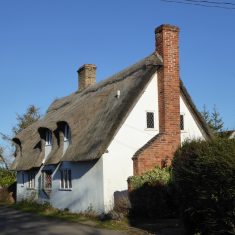 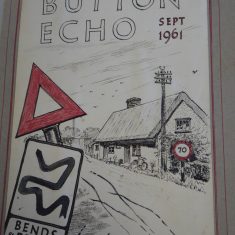 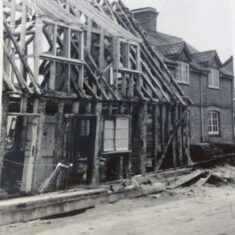 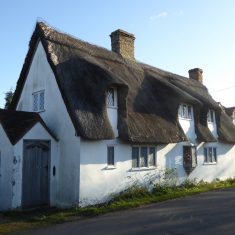 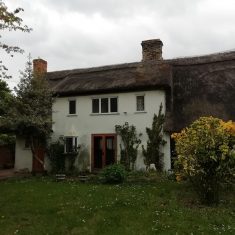 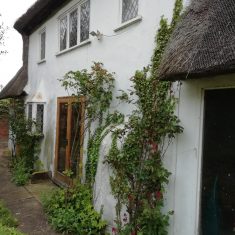 Bread oven on back of Hope Cottage May 2020
(Roadley) 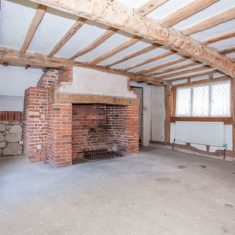 Hope Cottage is believed by some to be the oldest cottage in the village and is one of the few to retain its thatched roof.

It was originally two cottages as shown in the 1961 sketch in the Button Echo.

Planning permission was granted in 1968 to convert them into one cottage and build a garage.

In the early 1970s, Peggy Johnson, the owner, with her late partner, James Stokes, had Hope Cottage stripped right back to its wooden frame, and it was then restored to its present state. Peggy, who had lived there until relatively recently, steadily and carefully updated the cottage while keeping its original beams and using appropriate materials and skills. Several rooms were formed into one giving a more open-plan space. One of its original features, the bread oven, can still be seen bulging out from the back of the house, as shown in the photo.