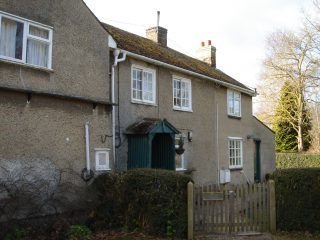 Rose Cottage was attached at right-angles to the much older Greystones at an unknown date and is at right angles to the road. The cottage was shown clearly on the 1885 and 1901 OS maps as being square but by 1971 the map shows a long linear building so it was extended back at some point. the portion extended back can be clearly seen in the photo. The 1799 Inclosure map also identifies it clearly. There is little known about the cottage other than it formed part of the Hays family estate, much of which was sold off in 1932 as one of 5 cottages in that row. Greystones, and maybe Rose Cottage attached are thought to have been the Hays original farmhouse before they moved to the Old House and Baggot Hall.