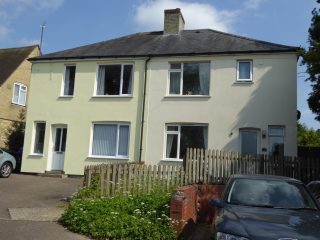 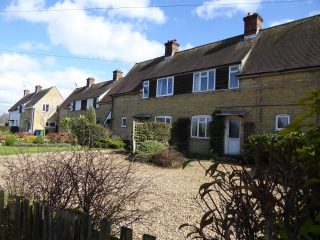 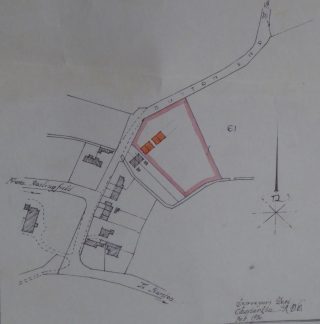 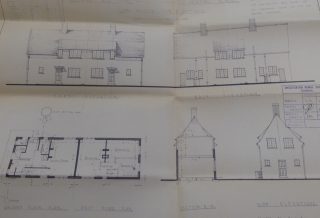 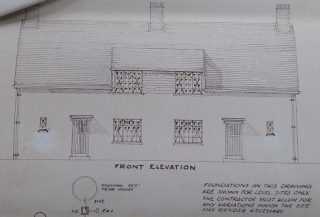 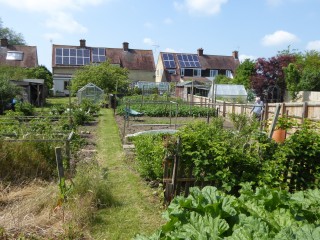 As a result, two semi-detached council houses, Nos 8 & 10 were built sometime after the 1924 Act and can be seen next to the pink outline on the 1937 plan. (Click here to see the history of all council housing in Harston).

Later three pairs of semi-detached  council houses (Nos 12-22) were to be built next to the earlier council housing in Button End.

In 1937 Jesus College sold land at Button End to Chesterton RDC for £150, shown outlined in pink on the plan. The conveyance stated that the purchasers had to provide a ‘Hercules or Crusader Fence to withstand horned stock or other cattle and sheep; that up to eight houses should be built; and that the value of each house should be £300 at least.

It would appear from documents attached to the conveyance that No 20 was the first council house to be sold by South Cambs DC (which had by now replaced Chesterton Rural DC) to a private owner (Mr B Curuk) in March 1982 and No 16 to Mrs Mabel Nutter in April 1989.

Alterations and extensions have appeared on these properties as they have moved into private hands. Alterations can be seen in the simple plans for No 18. After the village got mains sewerage in 1960s the coal house and old outside toilet were combined to make a bathroom downstairs. The scullery which previously contained a bath in it along with the copper to heat water was then converted into a proper fitted kitchen. The lounge adjoining that previously had cooking on a range over the fire had the fireplace altered.

All the council houses were given long gardens where they were able to grow enough vegetables for their families and where they deposited their sewage waste before mains sewerage came.

The Chesterton RDC tenant handbook given to the tenants of these houses gave a list of tenant’s responsibilities, as below, and gave a good idea of living conditions at the time of what were much improved new rural houses.

Rent should be paid regularly when Rent Collector calls- weekly?

Gardens to be kept tidy & tenant responsible for maintaining fences and the destruction of rats & mice.
Tenants need to make an application to erect shed, garages, greenhouses or other outbuildings. Any garden shed or similar exceeding 8’ x 6’ will cost tenants more in rates.

Ensure if kept dogs & cats they don’t cause a nuisance.

Need permission from Housing Manager to keep poultry & take steps to keep manure in properly covered bins & removed regularly if not being used for the garden. Outhouses used for livestock or domestic animals must be cleaned regularly. Pigs & goats can’t keep unless got express approval of Council in writing.

Cesspools – tenant must keep all drains & cesspools in sanitary condition and get latter emptied. Can pay to use Council’s mechanical cesspool emptying service.

Keep chimneys & grates cleaned out to get best use of your coal.

Alterations: Need permission before do. If purchased a gas or electric wash boiler and wish to have brick copper removed apply in writing to housing Manager. Replacement of ranges only if existing one is incapable of being repaired. If wish to install a tiled surround to replace range need permission and to bear whole cost.

Tenants to paint inside, outside is Council’s responsibility.