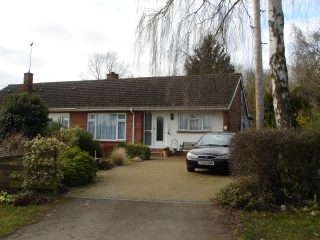 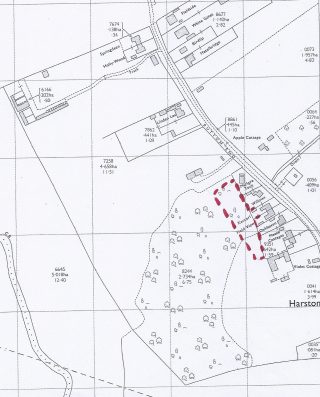 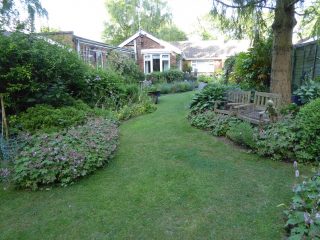 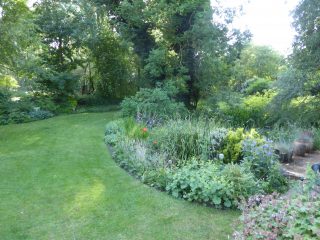 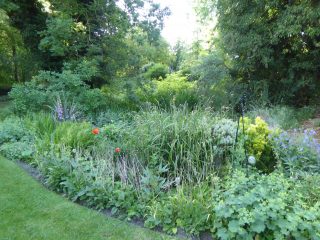 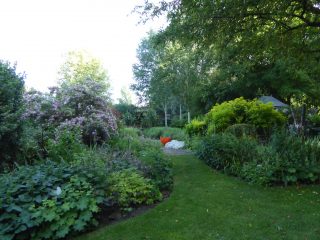 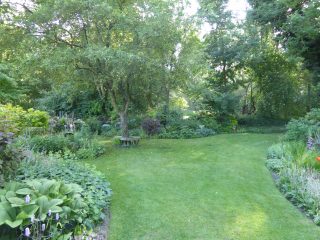 Plots of farm land sold off to build on

In 1932 Bertie Northrop, a builder, bought 10 acres of farming land on the west of the road from the Hays family who had had the land for about 200 years. He then gradually sold plots off for people to build on. Field View and Kenterl bungalows were built first in late 50s/early 60s by Bobby Bond who had married Cynthia Northrop, a niece of Bertie Northrop. The Bonds lived in the left one and sold the right one which became Kenterl.

In the 1970-80s, it was owned by Jerry Nutcombe,  who ran the plumbing business which is now based just down the road at the industrial estate. In 1982 he was refused planning permission to extend Kenterl to provide office and storage space.

Wisbey’s gravel pits were behind all the bungalows and today there are still lots of large hollows and mounds. The west side of Kenterl’s garden which stretches behind the houses includes part of this gravel pit land, as marked with red dashes on the map, giving a ‘T’ shape to the garden. Previous owners had the option to buy it but when the present owners moved in 20 years ago it was in a bad state, very overgrown and full of bindweed.

The garden has been developed over the last twenty years, digging by hand. The pond on north side is a natural one which fills up in winter, encouraging moorhens and other wildlife. Behind the pond to the west some of the original wood has been retained that grew after the gravel pits were worked.