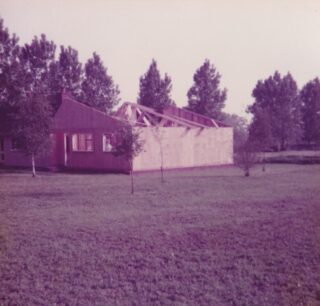 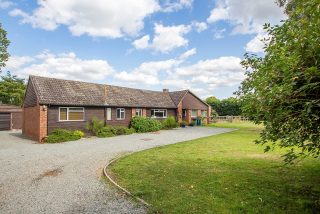 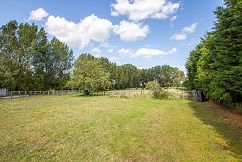 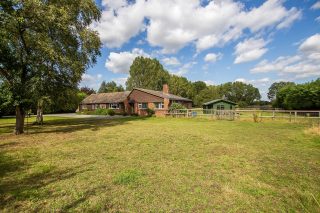 The date of the initial build is not known but is not shown on the 1971 Ordnance Survey map. An extension was added in 1982.

The original part of the bungalow was constructed of reinforced pre-cast concrete panels with front and rear elevations clad with horizontal boards and leaves.

The whole site is just over 2 acres and was originally part of a sand and gravel digging area. This was originally owned by the Wisbey family and worked up until the 1950s. The machinery was at the front of the plot and, from there, the land sloped down into the pit.