You are here: Home>Places>Button End>1 & 2 Fleece Cottages, once The Fleece Inn

1 & 2 Fleece Cottages, once The Fleece Inn 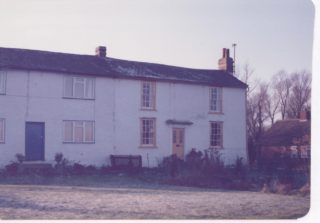 Fleece Cottages in sorry state before renovated and extended
(Deacon) 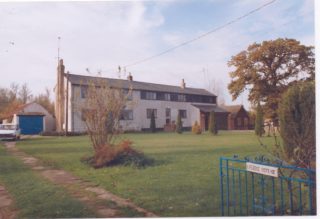 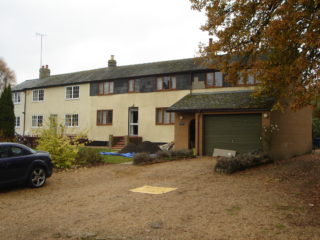 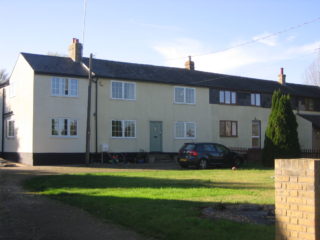 The Fleece inn occupied part of what is now Nos 1 & 2 Fleece Cottages. In her 1937 book on Harston, Helen Greene said it was built by Mr Whitchurch of Baggot Hall in about 1830 for Mr George Willers who never actually owned the property. He had large cellars where he brewed his own ale, considered the best in the district. The pub also had a large room right across the top floor and was used to celebrate weddings and other events such as village feasts. In the 1850s it had a number of railway workers boarding there and in the 1860s-80s it was known to serve the coprolite workers working on the nearby pits and brickfield. From 1830-53 George Willers was recorded as the Publican, but some members of the Willers family still lived in Fleece Cottage in 1911, the pub having closed down.

The driveway for the coaches into the pub used to be via what is now ‘Oakhaven’, then around behind the pub and out onto the road past ‘Violet Cottage’ (replaced by ‘Pinecroft’) which, before its conversion, was a stable for the horses.

The building was divided into two cottages known as Fleece Cottages. Bernard and Grace Farrington lived in one of the Fleece Cottages in the 1930s. Their elder daughter Mary was born there in 1930 followed by her brother Alan. Mr Bert Northrop and his neighbour lived there in 1937.

We do not have any old photos of the Fleece nor any information about landlords other than George Willers – can anyone help?

Fleece Cottage in the 1940s

Maureen Ellwood (nee Northrop) recalls moving to No 1, Fleece Cottage with her family in 1944.  They  lived next door to her Great Uncle Bert who was a builder and owned both houses, from before this time. As Fleece Cottage was once a pub they had a large cellar which was underneath the whole of the ground floor with bats which hung from the rafters during the day. The cellar door was in their living room. The cellar was a very good storage place, almost as good as a freezer! Before 1944 her Uncle Bert bricked up the stairway in his house and built a different entrance to upstairs after his wife fell down the stairs and died.

The garden was very different in those days with a narrow path leading to the front door and a high hedge all round the front of the property. There was an orchard on the left with greengage trees where lots of chickens were kept. The orchard extended right up to Violet Cottage. (This Cottage no longer exists). They had a large vegetable garden either side of the path. Then a rose arch leading to a lawn and flower garden.  There was an outside shack for a toilet and of course just a bucket was in use. There was a large brick building for coal, and bicycles, and all sorts of storage. there was also a large solid wash house with a copper. A fire had to be lit under this in order to do the laundry.  In the summer a large tin bath was used in the wash house for the once a week bath!

Today there are still two adjoining cottages, but both have had considerable extensions at some time.