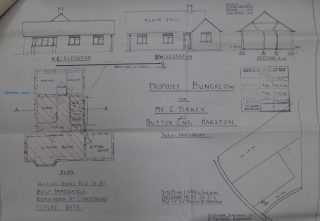 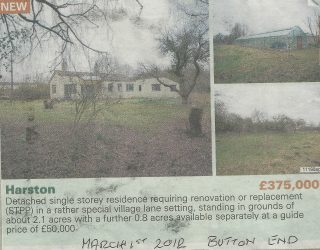 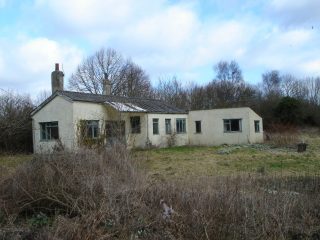 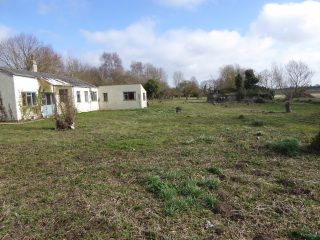 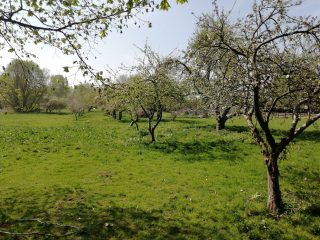 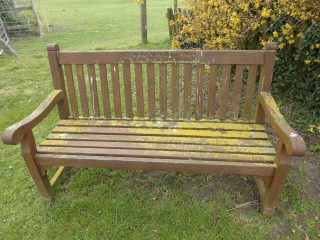 Planning permission was granted to Christopher Baker in 1948 which allowed a cottage to be built in two stages whilst an existing hut remained on site.  Christopher Baker (D:2010), wife Mabel and family of eight children ( Barbara,  Peter, Tim, John, Lucy, Judith, Phillip and Peter) lived there for many years.

Over the years there were numerous additions and extensions to the cottage which took its original area from 35m2  to 160m2 plus outbuildings. The house was sold in 2012 and in 2014 planning permission was granted for demolition of buildings on the site and the construction of a three-bedroom house. click link here

The large area surrounding the house was given over to fruit and vegetable growing with apple orchards and glasshouses. Christopher sold organic vegetables in Mill Road from 1981 when he retired as a chemist and definitely up until 1999 and likely afterwards. Part of the orchard remains today (2020) and the outline of the glasshouses can be seen.

A bench dedicated to one of Colin’s sons, Philip (“Stan”) stands on Button End near No 22.