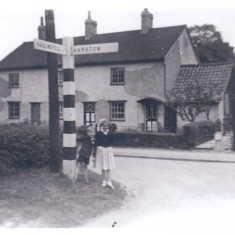 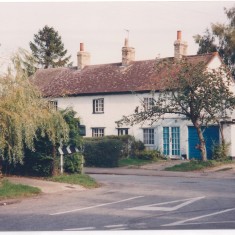 Button End is an unusual name, not so much the ‘End’ since many villages around here have Ends for the streets on edges but where did Button come from? There seems to be three explanations:

There were coprolite diggings in the area we know as Button End and, as the Harston coprolites were relatively small in size, the diggers called them buttons.

Or a more bloody version which involves the civil war battle which took place around 1647 in the area along the river. Buttons from the tunics of the defeated Royalist troops were dug up from time to time in the Button end area, hence the name.

Finally, in medieval times Harston had its long bow practice range in this part of the village. These ranges were called ‘butts’.