You are here: Home>Places>High Street>180 High Street once The Old English Gentleman 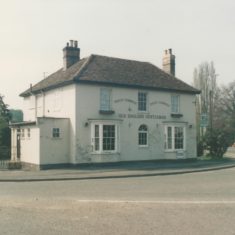 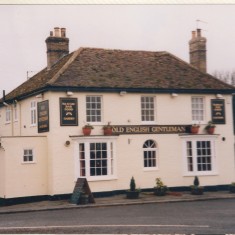 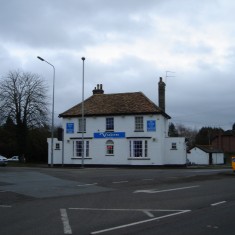 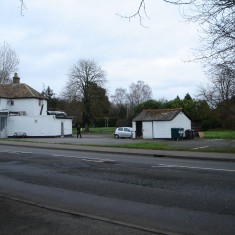 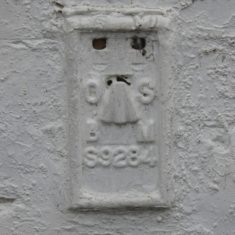 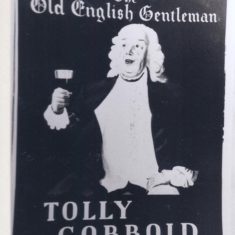 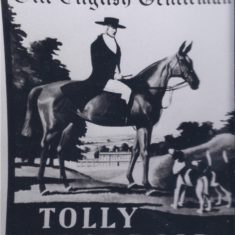 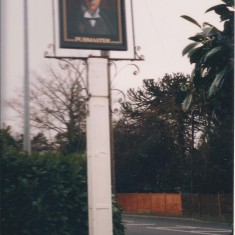 Construction of the Old English Gentleman

Located on the corner of High Street and London Road on the site of a windmill which burned down in 1833, The Old English Gentleman was built about 1839.

It is reputed that the builders started the construction too close to the verge of the highway and Parson Metcalfe of Fowlmere was passing by and noticed this. He told the builders that they would have to demolish the walls they had already started and move them further back. This they had to do and, being annoyed, they threatened to call the pub ‘The Meddlesome Parson.’ However, when they received praise from the Vicar for the standard of their workmanship, they relented and decided on ‘The Old English Gentleman.’

In Dec 1844 the Cambridge Chronicle & Journal advertised the ‘Auction of the newly-built Old English Gentleman pub, together with 3 acres land and a cottage’. 1845 and 1863 auction adverts describe the pub as being of brick and tile construction, having a taproom, bar, large parlour, cellar, kitchen, 5 bedrooms, yard, sheds, plumber’s workshop, garden, brick & tile stable, detached cottage with gardens and arable land let to Messrs. Jordan & Tuck. The pub remained very much as originally built until 1938 (although many of the out-buildings had disappeared). The pub owners were the Star Brewery of Cambridge and they put ground floor extensions on either side of the building and ground and first floor extensions to the rear to give the building the shape that remains today.

On the side wall of the Old English Gentleman you can still find a benchmark (in 2017), shown in one photo, put there by the Ordnance Survey when they were doing surveying in the 1880s.

Starting life as a beer house

Starting life as a beer-house in 1839, it didn’t get its wine and spirit licence until 100 years later. Whilst not in the heart of the village, its location at the junction of what was the main road to London and what became the main road to London gave it much passing trade. Also about the time of its opening, coprolite digging was starting on nearby lands stretching to Haslingfield and coprolite diggers were notorious for the thirsts!  This report from  Cambridge Independent Press of Feb 6 1864

Mr Gilby (a young man), Master of the Harston Fossil Pits, gave all of his labourers (about 30) a treat of a ‘real good Old English supper’ on 29 Jan at the Old English Gentleman, hosted by Mr and Mrs Whitehead, the owners. The Harston Brass Band was in attendance ‘playing in good style’. ‘Always pleasing to see a Master and his labourers mutually united’.

The pub has been used to hold meetings for various organisations, auctions, inquests and concerts, most notably on 22 Feb 1965 when The Tea Set performed who shortly after that re-named themselves Pink Floyd!

In 1993 publican Bob Brownlie asked Tolly Cobold to brew a new special cask beer called ‘Squarson’ and commissioned a Cambridge designer Margot Slade-Baker to design a new sign of the old squire that the pub was named after. There have been a number of different versions of the sign. Can anyone date these?

The Old English Gentleman in the newspapers

Inquest at The Od English Gentleman, on Henry Jarman, found dead in the middle of the road, verdict ‘died of a fit’.

Below is a list of landlords and approximate dates but it is not complete. Do you know anymore names and/or dates?