You are here: Home>Places>High Street>2 High Street The Pemberton Arms 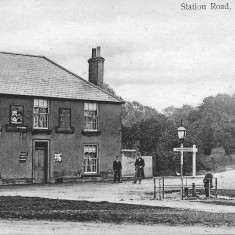 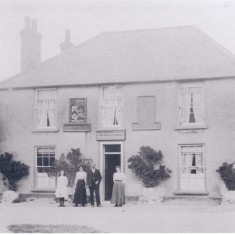 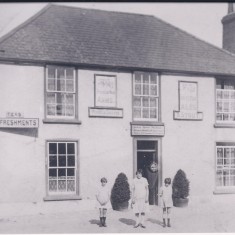 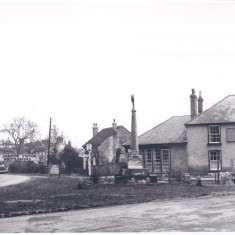 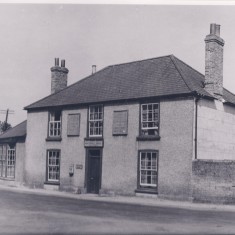 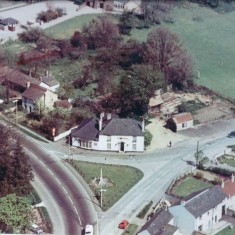 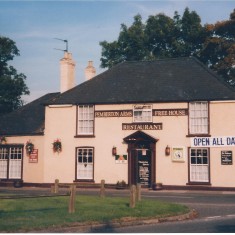 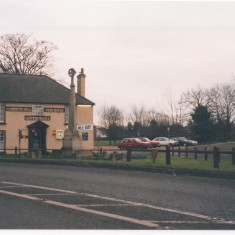 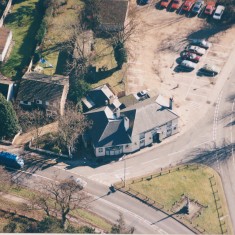 1997. No 2 Pemberton Arms, aerial view. Note garages have been moved back.
(Deacon) 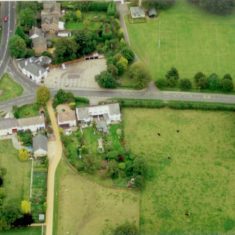 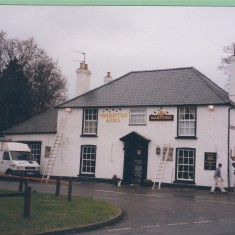 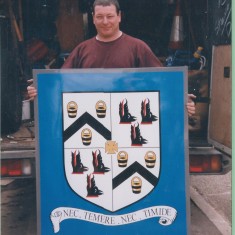 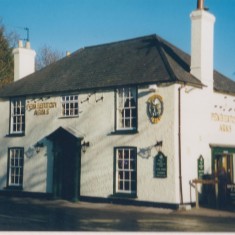 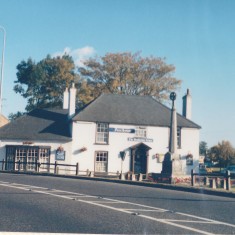 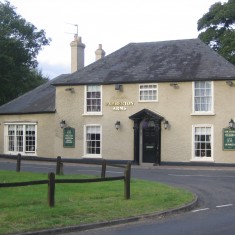 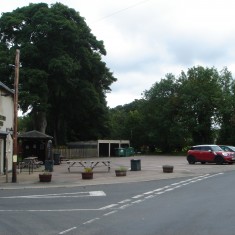 In a commanding position

The Pemberton Arms was built about 1870 on the corner of Station Road and High Street on land belonging to Mr Long of Harston House who retained some interest in the inn until it was sold in the 1893 Harston Estate sale to Mr Warboys for £1150. The sales brochure description was

‘A highly valuable freehold property consisting of a full licensed public house containing tap room. bar, parlour, kitchen & cellar, 5 bedrooms, with stable,fowl house, paddock,& field of arable land containing in all 2 acres. The property is built of clay bats & slated and is in good state of repair. The boarded & tiled buildings are claimed by the tenant. It is situated in a commanding position for trade at the junction of the Cambridge, Newton & Haslingfield roads, within about 2 minutes walk of Harston Station on the Great Northern Railway. In the occupation of Mr Potts at the low rent of £30 a year’.

It was named after the Rev Jeremy Pemberton, a member of the well-known Pemberton family of Trumpington whose sons married into the families that held the manors of Harston and Newton.

It was very popular, having quoit beds where competition games were played with a number of Cambridge pubs, mostly on Saturday evenings. This, of course, was good for heavy drinking sessions which sometimes got out of hand and ultimately led to the sport being banned. The quoits beds were in part of what became the pub car park which, over time, has had allotments, chicken runs, stables and garages.

In Dec 1886 the Cambridge Independent Press reported that ‘William Bunn, licenced victualler at The Pemberton Arms was fined £2 with costs and a  licence endorsement for keeping the premises open during prohibited hours’.

In 1907 August 16 and February 1908  the Cambridgeshire Independent Press reported that  ‘Arthur Read, publican of The Pemberton Arms was convicted of being drunk & disorderly, fined £2, and left the post soon afterwards’.

‘Mr Lyon applied on behalf of Messrs. Phillips of Royston; it is fully licensed and is tenanted by Owen Churchman, rateable vaue £27 15s, including 2 acres of land. The licence had been renewed 8 times during the past 12 years ( trade at the Pemberton Arms was 64 barrels in the past year).

The sanitary arrangements are about the best in the village. About a dozen carts can stand in the yard, which is the largest in Harston. People leave their horses there while they take the train, making it the most convenient in the village. There are allotments and a quoits ground, assets belonging to the premises. During the past 3 years, the premises have been overhauled, including the drains, and it is considered the second best house in Harston.’

Mr Pickering, who had preceded Mr Churchman, had left because of poor health, and the previous 2 tenants had left to run other businesses’.

Newspaper reports in 1919 showed besides providing food and accommodation people were enterprising in using the premises for other businesses and activities: ‘Mr W Ives, who has opened a hairdressing business at The Pemberton Arms, will receive orders for ‘The Press & News’ and  ‘There was another (5th) meeting of the Comrades of the Great War at their Pemberton Arms headquarters, thanks were expressed to Mr A Gentle & Mrs Grace Jude for entertaining the Comrades’.

In 1928 Joseph Lawrance sold for £50 a triangular plot of land adjacent to the Pem to the owners J & JE Philips Ltd which enabled them to build the extension which can be seen today on the left of the pub. He also received a plot of land to the rear of the pub which became part of the garden of Forge Cottage (No4 High Street). This plot was later to become part of No 2a High Street.

During 1980-1997 while  June & Gerry Cooke ran the pub they demolished the garages in the car park near road and built those further back.

The Pem closed its doors for the last time in 2015. In December 2015, South Cambridgeshire District Council established the Pem as an Asset of Community Value.

We have complied this incomplete list of landlords and approximate dates. Can you amend/add to it?