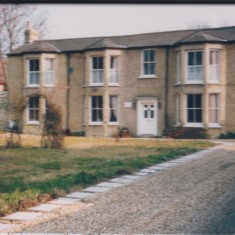 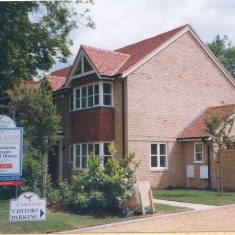 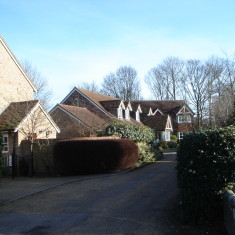 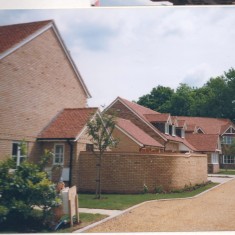 The first No 10 was further back from the road; it was demolished in 1998.

The “reverse” lettering occurs because, when the first No 10 existed, the plot at the back was sold for No 10A. Because of the timing, 10A is now behind No 10B.