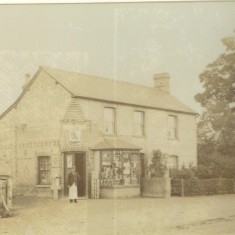 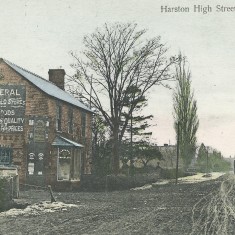 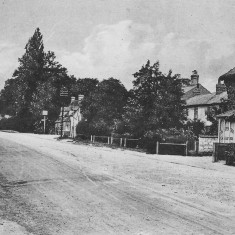 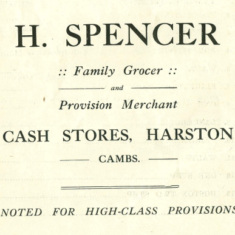 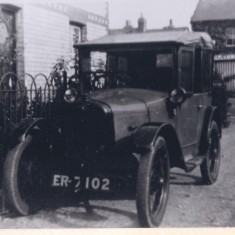 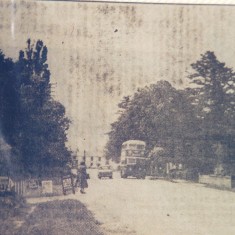 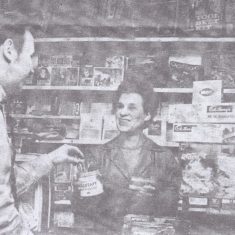 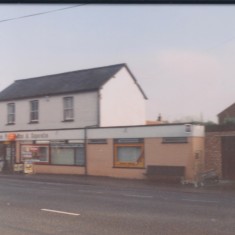 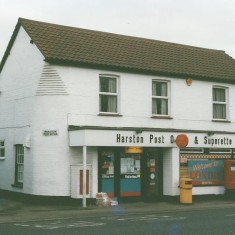 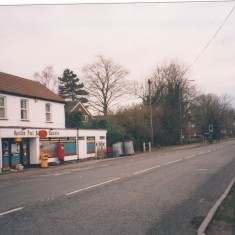 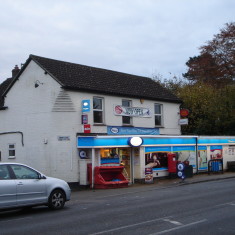 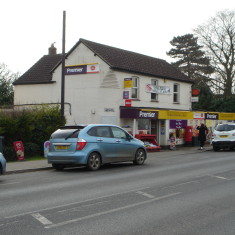 For as far back as photographs have been found, this has always been a shop/general store of some description.

In Kelly’s directory  Samuel Ashby ran the shop there in 1896 and 1900 but by 1901 had emigrated to United States and died in South Carolina in 1943. Pictures of the shop show the door at the corner, with a residence to the right.

Harry Spencer was the shopkeeper given in Kelly’s directory at least from 1904-1922.

In the late 1940s the shop was run by E W Burl (Ed). It became the PO some time in 1960s as Daphne Burl’s picture was in the newspaper Jan 1968 as a postmistress and tobacconist. The Post Office was moved to here from 53 High Street (opens in new window), having been moved there in late 1940s from 5 Royston Road (opens in new window).