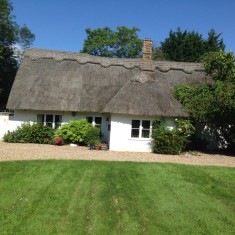 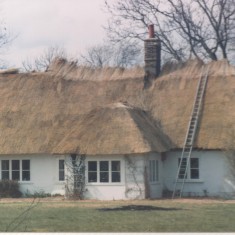 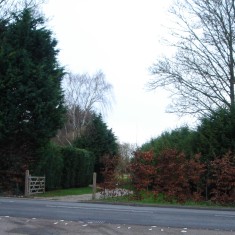 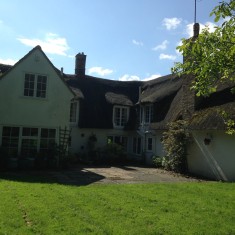 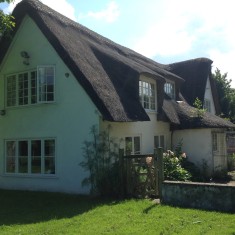 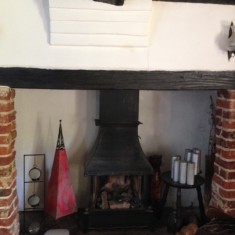 The house dates back to the mid 17th century and was originally a workman’s cottage, two up two down with other similar cottages on the site. When a past owner renovated 107 the others were deemed too far gone to do anything with, and cottages 109, 111, 113 were demolished. This explains why the house numbers are so peculiar, the neighbouring house being 115. The garden is a rubble site but there are some foundations visible.

The house today has had two extensions to make it a four bedroom house. The renovation was done very sympathetically but few original beams remain. A builder has said these originals were from dismantled Armada ships, but we don’t know if this is true but there are lots of appendages and indentations on the beams so it maybe true. The bread oven has gone but there is an Inglenook fireplace.

There have been a past history of “John” owners, apparently all meeting a bad end! The house next door was owned by the uncle of the guy who renovated 107 and the driveway was changed so that access to 107 was away from the house. The paddock at the back was former farmland and is owned with 107, although the former owner has kept a retainer on it for 20 years because of its development potential. The present owners are keen to keep it green.