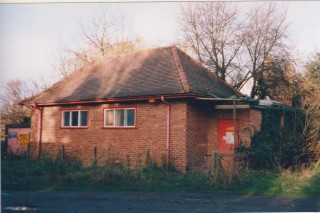 1945. "Old" telephone exchange, in use prior to building of Exchange behind Village Hall.
(Deacon) 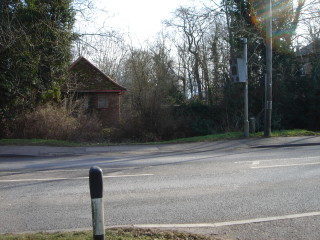 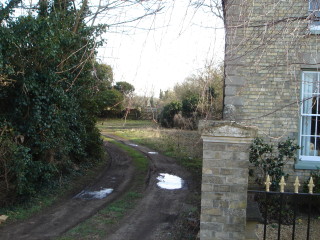 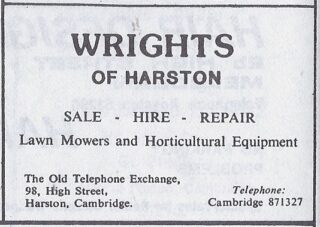 This plot is essentially empty, but contains a disused telephone exchange and an electrical sub-station.

The access to this plot off the High Street continues as a track behind and giving access to Nos 100 and 102 High Street. The 1971 O.S. map shows that this track was the only access to the then Manor House Farm, the buildings of which lay behind Nos 104, 106 & 108 High Street.

The exchange was replaced by one behind the Village Hall in 1973/4.

There were the unsuccessful planning applications in 1974 for lawn mower repairs, 1974 hairdressers, 1975 chalet/bungalow and 1975 artist’s studio. In 1979 approval was given for the lawn mower business run by the Wright family who lived next door. This business moved out and in 1992 planning permission  to convert the building to a private residence was refused. The building has remained empty since this time.